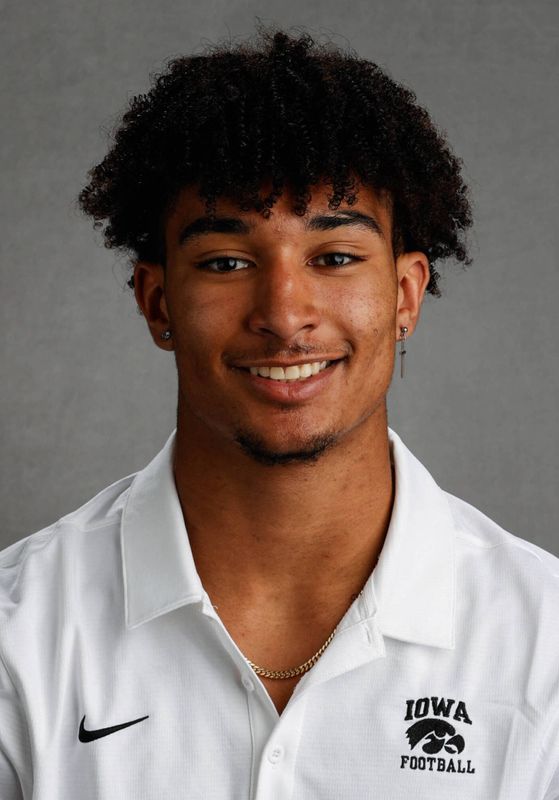 Hawk Item – – One of eight true freshmen to see action in 2022 . . . enrolled for 2022 spring semester and will participate in spring practice.

High school honors – – Named Adidas All-American and MaxPreps Iowa Player of the Year as a senior . . . earned Elite All-State honors as a senior . . . first-team all-conference and all-state as a sophomore, junior and senior . . . honorable mention all-conference as a freshman . . . Career – – Four-year football letterman as defensive back . . . prep team won state championships as a senior after also reaching state championship game as a junior . . . state qualifier as a sophomore after reaching state semifinals as a freshman . . . prep team posted four-year record of 35-10, with just two losses over final two seasons . . . recorded 26 tackles and four interceptions as a senior, with 845 all-purpose yards . . . 41 tackles as a junior, with six interceptions and two touchdowns, and 794 all-purpose yards . . . 51.5 tackles as a sophomore, with three interceptions and one touchdown, with 494 all-purpose yards . . . 20 tackles to go with three interceptions and one touchdown return as a freshman . . . team captain as a junior and senior . . . also competed in track and baseball as a prep.