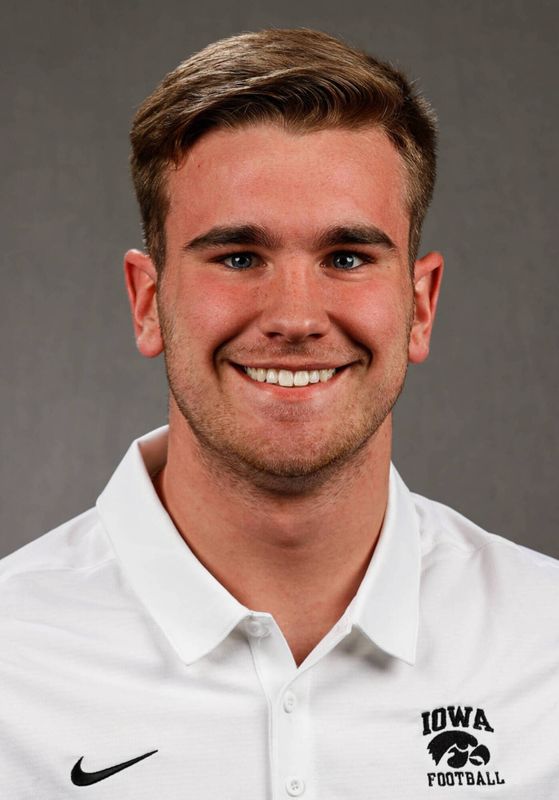 Hawk Item – – Missed majority of senior season as a prep due to injury . . . enrolled in 2021 spring semester and participated in spring practice.

High school honors – – Named to Des Moines Register all-state first-team as a junior while earning district defensive MVP honors . . . first-team All-Ames Tribune and all-district as a junior . . . named first-team all-district and All-Ames Tribune as a sophomore and freshman . . . Career – – Team captain four straight years . . . in limited action as a senior, rushed for 103 yards, gained 43 receiving yards and totaled 14 tackles and one interception . . . recorded 113.5 tackles as a junior, including 80 solo tackles and three tackles for loss . . . had 13 rushing attempts for 78 yards as a sophomore, with 20 receptions for 208 yards, 18 kickoff returns for 443 yards, and 52 tackles on defense . . . rushed 113 times for 474 yards and five touchdowns as a junior, with 23 receptions for 263 yards and one touchdown, and 15 kickoff returns for 297 yards . . . had nine kickoff returns as a freshman for 288 yards and one touchdown . . . also played baseball and basketball and competed in track as a prep . . . earned all-conference honors in basketball and was MVP of track team . . . prep track team won conference title and were state qualifying meet champions as a junior . . . member of 1,600-meter relay team that qualified for state as a sophomore . . . member of three relay units that placed in top 10 at state championships as a junior . . . helped prep baseball team earn district title.