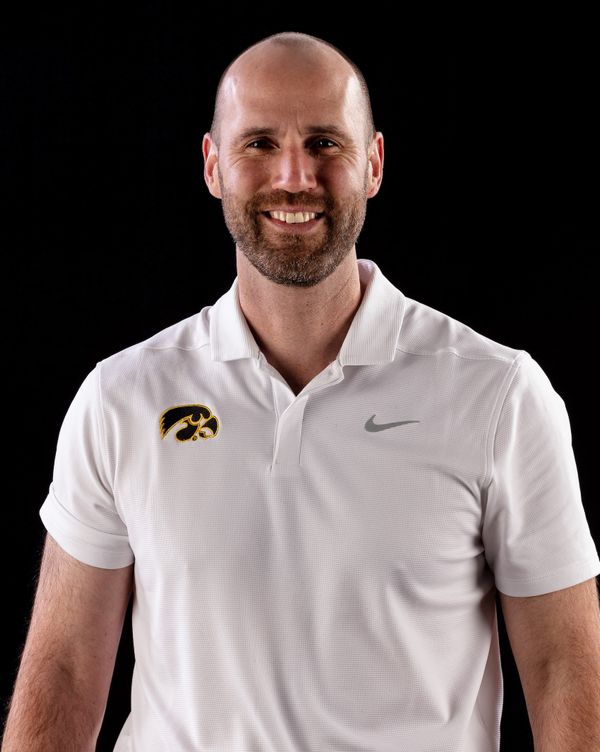 Tyler Stith heads into his ninth season as head coach at the University of Iowa after being named Iowa head coach on Aug. 22, 2014. Stith, a former assistant coach and student-athlete at Iowa, signed a five-year contract extension in the summer of 2019, to keep him in Iowa City through June 30, 2024. He previously served as assistant coach at Minnesota from 2011-14.

During Stith’s tenure as head coach of the Iowa men’s golf program, the Hawkeyes have finished in the top-four of the Big Ten Championships five times, advanced to five NCAA Regionals, and totaled three or more top-three tournament finishes in six of eight seasons.

This past season, Stith directed Iowa to three top-six finishes as four different Hawkeyes placed inside the leaderboard top 10 on nine occasions. Under Stith’s direction, juniors Garrett Tighe and Mac McClear placed second and fifth, respectively, at the Hawkeye Invitational, where Iowa finished runner-up as a team. McClear and teammate Ronan Kleu each earned bids to compete individually at NCAA Regionals, where McClear tied for 14th at 214 (-2) after 54 holes. Both McClear and Kleu earned second team All-Big Ten honors, while sophomore Callum Macfie was recognized with the Big Ten Sportsmanship Award. The Hawkeyes placed third at Big Ten Match Play, where they defeated Minnesota (4-1), two-seed Northwestern (3-2), and top-seeded Purdue (tie-breaker) with one loss against Michigan State (4-1). Iowa finished seventh as a team at the Big Ten Championships, where four Hawkeyes placed inside the top 27 on the leaderboard.

In 2021, Stith earned Big Ten Coach of the Year honors following an impressive spring campaign. Under Stith’s direction, Iowa achieved five top-five finishes, including two tournament championships at the Spartan Collegiate at Sea Island and the Hawkeye Invitational. Iowa’s victories mark the first time since the 2014 season that the program won multiple team titles in the same season. Fifth-year senior Alex Schaake and sophomore Mac McClear also combined for three individual championships, the most for the Hawkeyes since the 2013 season.

Stith led Iowa to runner-up finishes at both the Big Ten Match Play and the Big Ten Championships, as the Hawkeyes qualified for the program’s 11th NCAA Regionals appearance since 2009. Stith also coached Schaake and McClear to remarkable seasons, with Schaake being named Big Ten Co-Player of the Year and McClear earning the conference’s only unanimous first-team All-Big Ten honors following his top finish at the Big Ten Championships. McClear is Iowa’s second Big Ten Champion under Stith’s direction, while Schaake closed out his career as the most decorated player in program history. In five years under Coach Stith’s tutelage, Schaake is the only Hawkeye to be voted Big Ten Player of the Year twice (2019, 2021), only athlete to earn all-conference postseason honors four times, and one of three Hawkeyes to win the Hawkeye Invitational multiple times. Schaake is also one of only two players to win the Nebraska Amateur Championship four consecutive years (2016-19).

In 2020, the Hawkeyes recorded three top-six finishes, including a third-place finish at the Notre Dame Fighting Irish Classic. Stith coached Schaake and Gonzalo Leal Montero to five top-25 finishes a piece with 71.6 and 71.9 18-hole stroke averages, respectively. Under Stith’s direction, Jake Rowe fired in his career low 18-hole score (70) in the second round of the Puerto Rico Classic. The 2020 season was canceled by the Big Ten Conference and NCAA on March 12, due to concerns of coronavirus (COVID-19).

In his fifth season, Stith led Iowa to five top-five finishes, including the Hawkeye Invitational title with a school record shattering 54-hole score of 809 (-43), topping the previous mark by 24 strokes, while also setting a school record for 18-holes with a first round score of 262 (-22). Stith also helped coach Schaake to five top-10 finishes, earning Men’s Big Ten Golfer of the Year and the Les Bolstad award for leading the Big Ten with a 70.81 stroke average, along with being named a unanimous All-Big Ten First Team honoree. Benton Weinberg was named a second-team All-Big Ten selection.

In his fourth season, Stith directed Iowa to three top-three finishes, including a third-place finish at the Big Ten Championships. Stith also helped mentor Schaake to six top-20 finishes, including placing in the top-five four times, and an individual berth at NCAA Regionals.

Stith captured his first tournament title as head coach of the Hawkeyes in the fall of his second year, guiding Iowa to a team title at the GolfWeek Conference Challenge. Raymond Knoll claimed co-medalist honors with a 54-hole total of 205 (-11; 66, 67, 72) — the lowest three-round total in program history.

In his first season as head coach at Iowa, Stith guided the Hawkeyes to their seventh straight NCAA Regional. Iowa finished sixth at the event, one stroke behind eventual national champion LSU. Carson Schaake led the Hawkeyes to a second-place finish at the 2015 Big Ten Championships after earning co-medalist honors and becoming the first Hawkeye to win the event since Brad Klapprott in 1992. Schaake and Knoll earned All-Big Ten honors in addition to garnering PING All-Region honors.

During his time at Minnesota, the Gophers won the 2014 Big Ten title, their first team conference crown since 2007. Jose Mendez captured medalist honors to become Minnesota’s first individual Big Ten champion since 2003. The Gophers went on to finish ninth at the NCAA Raleigh Regional, their first regional appearance since 2009. Minnesota won four tournaments during the 2013-14 season, marking the program’s first victories since 2006-07.