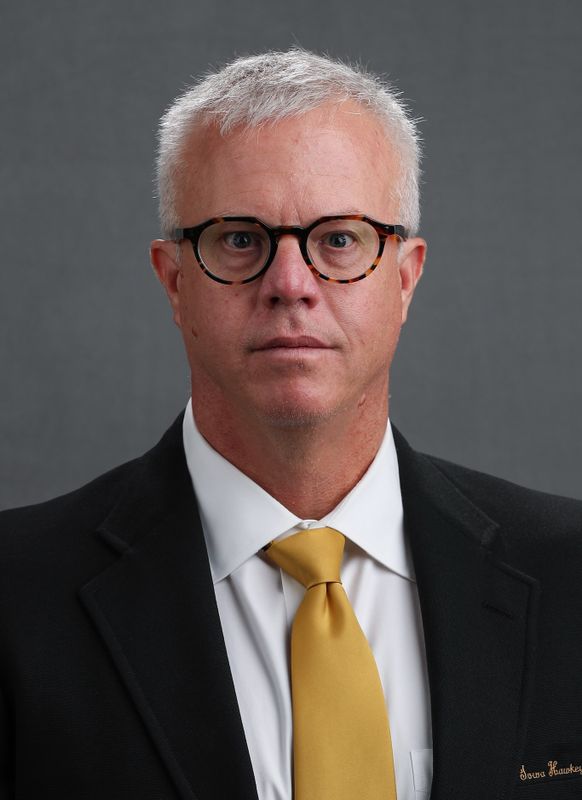 Fourteen-time conference Coach of the Year Brian Schrader is in his second season with the University of Iowa swimming and diving program.  He is the Hawkeyes’ director of sports performance and the men’s recruiting coordinator.

Schrader helped Iowa to a record-breaking season in 2019-20, setting 12 program records (seven women’s, five men’s) and 11 Hawkeyes earned Big Ten Conference weekly recognition.  Iowa had success at the Big Ten Championships.  Burvill swam to a bronze medal in the 200 free at the CRWC, helping Iowa to a 10th place finish with 430 points — the most for the program since the format changed to 24-place scoring in 2014.

During the fall of 2020, Schrader spent six weeks in Budapest, Hungary, as part of the International Swimming League (ISL), as an assistant coach for the Cali Condors.  The Condors won the 10 team league championship and the team broke 18 American and five World records.

Schrader joined the program following a 13-year stint as head coach at the University of Denver where he was recognized six times by the American Swimming Coaches Award for having an athlete finish in the top eight at the NCAA Championships. Denver qualified athletes for the NCAA Championships in 10 of his 13 seasons with 24 athletes earning All-America honors.

Schrader led the Pioneers to 17 conference championships (nine men’s and eight women’s in The Summit League and Sun Belt Conference) and the men’s team posted a 22nd place finish at the 2018 NCAA Championships.  The Denver women’s program was named Collegeswimming.com’s No. 1 Mid-Major program from 2016-18.

From 2016-19, Denver won all but one swimming event at The Summit League Championships.

Under his tutelage, Denver was represented on the international stage at the Olympics, World Championships, Pan American Games, and World University Games.  The program also excelled academically, earning the CSCAA Academic All-American Team in each of his 13 seasons, more than 80 athletes earned Academic All-American honors, and four student-athletes earned the NCAA Postgraduate Scholarship.

Schrader’s coaching career started as a graduate assistant at Texas in 1991 and 1992, helping the Longhorns to the 1991 National Championship.  He also was USA Swimming’s National Team Coordinator from 1995-99 and served as a U.S. team staff member at the 1996 Olympics in Atlanta, 1998 World Championships in Australia, 2001 World Championships in Japan, and the 2013 Pan-American Games in the Dominican Republic.

During the 1999-00 season, Schrader was a women’s assistant coach at Iowa, he also spent one season at Florida — coaching six All-Americans and an SEC 100-freesytle champion — and five seasons as an assistant coach at Georgia, helping the women’s program to a 2005 NCAA title and four NCAA runner-up finishes.  The men’s program had four top-10 NCAA showings.