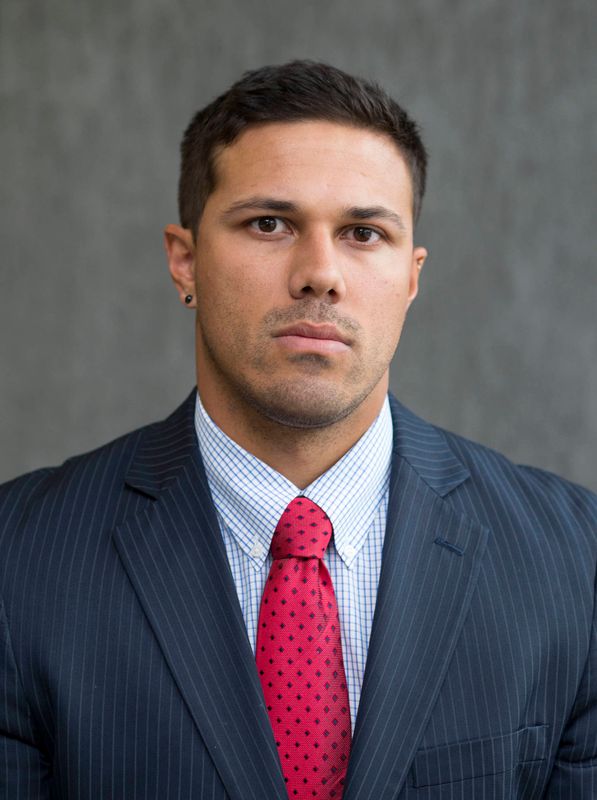 Jason Wakenight is entering his seventh season at the University of Iowa track and field staff as an assistant coach and recruiting coordinator.

During the 2022 indoor season, Wakenight was named USTFCCCA Regional Men’s Assistant Coach of the Year. He helped coach the Hawkeye men to their second-consecutive Big Ten Indoor Championship, scoring 54 points from the 400-meter, 600-meter, 800-meter and 4x-400-meter squads. Wakenight coached the 4×400-meter relay and Jenoah McKiver (600 meters) to Big Ten Championship titles, while adding two additional individual Big Ten medalists and nine individual point-scorers across the 400-, 600- and 800-meters. Wakenight was part of a coaching staff that guided the Hawkeye men to a top-15 national USTFCCCA Rating Index during the entire 2022 indoor season and ended the season as the No. 1 team in the Midwest Region USTFCCCA Rating Index. Both event squads under Coach Wakenight ranked in the top-11 of the USTFCCCA Rankings at year’s end (400m, No. 2; 800m, No. 11). The 400m group was ranked No. 1 for three weeks. The Iowa men broke three school records under the guidance of Coach Wakenight (400m, 600m, 4x400m relay) and he coached three first team All-American men in the 400 meters – including NCAA runner-up Jenoah McKiver – at the NCAA Indoor Championships. Additionally, he coached the 4×400-meter relay team to a second-team All-America performance. Additionally, Wakenight led the women’s 4×400-meter relay to a First Team All-America finish. During the outdoor season, the Hawkeyes finished as Big Ten runners-up on the men’s side and sixth place on the women’s side. Julien Gillum became the third-consecutive Hawkeye 400-meter hurdler to claim the Big Ten Title in the event (Jamal Britt – 2021, Chris Douglas – 2019). Jenoah McKiver broke the outdoor 400-meter school record, and Wakenight produced an All-American in the women’s 400-meter hurdles in Erin Dowd. The Hawkeyes qualified a men’s 4×400-meter relay team for the fifth-straight season and finished as First Team All-Americans.

In 2017, Wakenight’s middle distance group paved the way for Iowa’s best finish in 50 years at the NCAA Championships. Under Wakenight’s leadership, the middle distance group combined to set or reset nine school records including a school-record setting 3:02.57 in the men’s 4×400 meters at the NCAA Championships to finish third overall; the program’s highest finish in that event. In addition, the men’s 4×800 meters won their first Drake Relays title since 1939 with the third fastest time in Iowa history (7:24.77) and Carter Lilly (1:47.33) broke Erik Sowinski’s school record in the indoor 800 meters. In total, Wakenight’s group amassed 10 All-America honors in 2017.

In 2016, Wakenight led both the men’s 400- and 1,600-meter relays to NCAA Championships appearances, including a berth in the final site for the 400-meter relay. He helped Will Teubel earn second team All-America honors in the indoor season, and saw Carter Lilly, Pavlo Hutsalyuk, and Mahnee Watts advance to the NCAA Championships in the outdoor 800 meters. Mitch Wolff also advanced to the NCAA final site in the 400-meter hurdles for the second year in a row.

In his first season on Iowa’s staff, Wakenight coached four NCAA qualifiers and guided the men’s 4×400 relay back to the NCAA postseason for the first time in three seasons while earning a bronze medal at the Big Ten Outdoor Championships. He also guided Mitch Wolff to second team All-America honors in the 400-meter hurdles. Wakenight saw Will Teubel to a third-place finish in the 800 meters at the Big Ten Championships and coached Katharina Trost to the fifth-fastest 800-meter time in school history (2:07.09).

Prior to joining the Hawkeyes, Wakenight was an assistant coach and recruiting coordinator at Loyola University.

Before joining the Loyola staff, Wakenight was a volunteer assistant coach for the Hawkeyes from 2006-11. He helped coach 11 Big Ten champions and 16 All-Americans in his final two seasons at Iowa, and was on staff when the Hawkeyes won the 2011 Big Ten Outdoor Championship.

Before assisting the Iowa coaching staff, Wakenight was a three-year letterwinner for the Hawkeyes from 2004-06. He was a two-time NCAA qualifier in the 1,600-meter relay, and was named UI men’s track and field student-athlete of the year in 2006. He graduated in 2006 with a Bachelor of Arts in English.