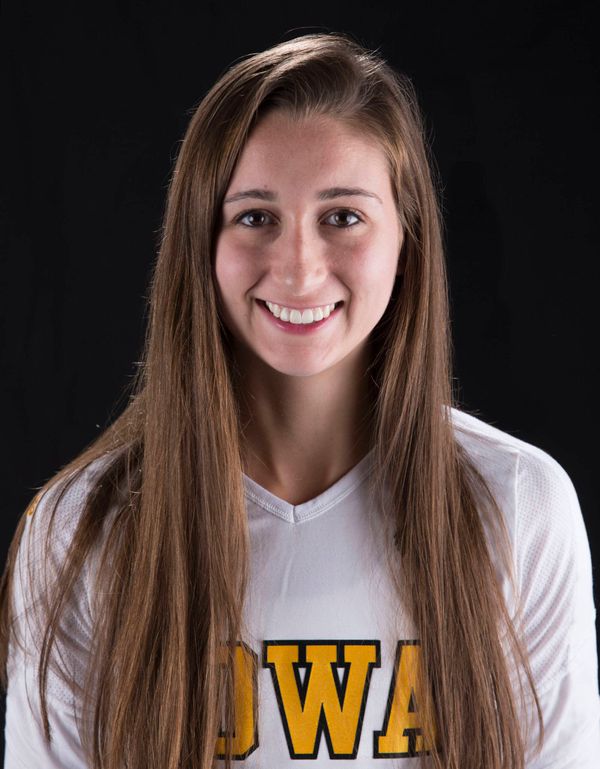 2014 as a Senior… Played in eight matches… appeared in Iowa’s win over Tulane on Aug. 30 and recorded four blocks and one kill off the bench… played in 3-of-4 matches at the 2014 SDSU Challenge, helping Iowa to a 4-0 mark and tournament championship… matched season-highs with one kill and two digs against North Dakota on Sept. 12… appeared in the third set at Nebraska on Sept. 24 and posted a block assist… played in two-of-three sets at Wisconsin on Oct. 22… played one set against Maryland on Nov. 26 and Michigan State on Nov. 28 in the Hawkeyes’ final home stand… Academic All-Big Ten… letterwinner.

2011 as a Freshman… Appeared in 23 matches with nine starts… two kills in her Hawkeye debut vs. Central Michigan… career-high eight kills on a career best 12 total attacks vs. Chicago State (9/9)… career-high five total blocks vs. Loyola (9/10)… recorded three kills and one dig vs. Penn State (9/24)… letterwinner.

High School… Named a 2010-11 Under Armour Honorable Mention All-American… earned all-region honors in 2009 and 2010 and is a three-time all-conference honoree… competed at the varsity level all four years at Rochester Hills and was named team captain in 2009 and 2010… played club volleyball for the Michigan Elite and led her team to a national title at the 2010 USA Volleyball National Championships and a fifth place finish at the AAU National Championships… led Rochester to the 2010 track and field state championship and earned all-state track honors in 2009… member of the state record setting 3,200 meter relay and a state place-winner in the 800 meter relay, 1,600 meter relay and long jump.