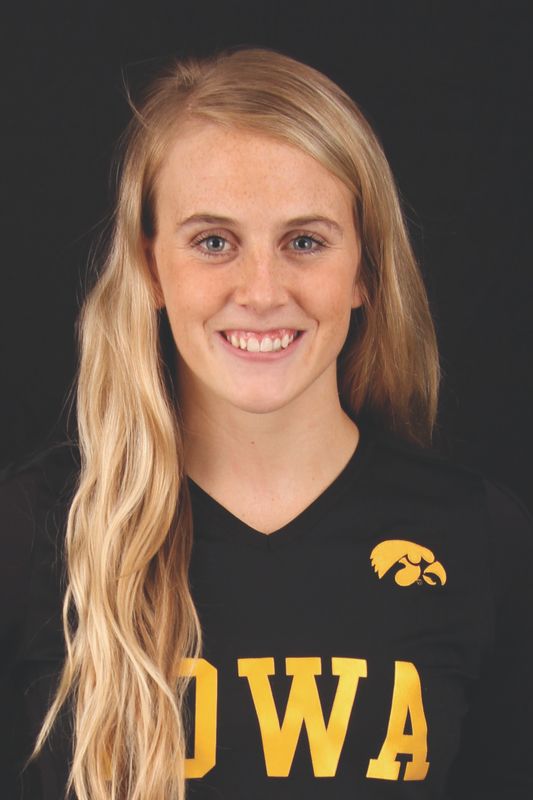 2013 as a Senior… played in 13 matches and 34 sets… made seven starts as a defensive specialist… posted career-best numbers in several categories including: 12 digs vs. Drake on Sept. 13, three service aces vs. UIC on Sept. 14, two assists vs. Rhode Island on Sept. 6, 1.000 attack percentage at Coastal Carolina on Aug. 31, one attack vs. UIC on Sept. 14, and one kill at Coastal Carolina on Aug. 31… Academic All-Big Ten… letterwinner.

2012 as a Junior… Academic All-Big Ten… played in seven matches… saw first action of the season against No. 1 Penn State (10/24) after undergoing offseason ACL surgery, recording one dig… played in two sets against Indiana (11/10), equaling a career best with once ace and notching a season-high two digs… letterwinner.

2010 as a Freshman… appeared in 11 matches while helping Grand Valley State reach the Elite 8 of the NCAA Division II National Championships.

High School… Prepped at Geneva Community High School in Geneva, Illinois under head coach KC Johnson… earned all-conference honors in 2008 and 2009, as well as being named team’s most valuable defensive player both years… Tabbed as an all-area first team selection in 2009 and was an all-academic choice all four years at Geneva Community High School… won a pair of conference championships and two regional titles as a Viking in 2008 and 2009… competed in softball for two years…Also participated in Key Club and Student Council for four years and Viking Pals for one year.