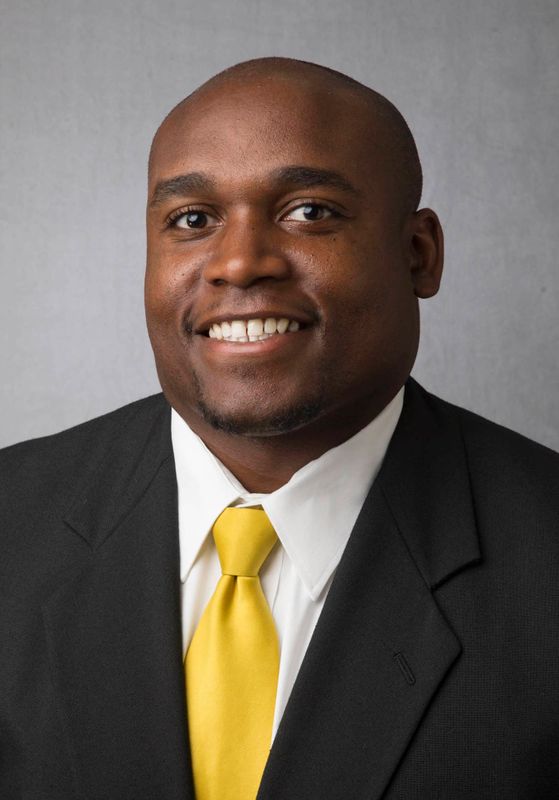 Broderick Binns was named Assistant Athletics Director in August, 2021, and Executive Director of Diversity, Equity, and Inclusion for UI Athletics in July, 2020. He will also be responsible for the UI’s Varsity Club operations.

Binns had previously held the position of director of football player development since April, 2016. A four-year letterman for the Hawkeyes during his playing career, Binns served on the Iowa coaching staff as a graduate assistant coach in 2014 and 2015, assisting with Hawkeye special teams.

In addition to his previous duties with the Iowa football program, Binns also worked closely with Athletics Student Services and the UI campus in the areas of diversity, equity, and inclusion.

Binns enjoyed a very successful playing career as a defensive end for the Hawkeyes from 2008-11. He earned second team All-Big Ten honors as a senior and earned the Roy J. Carver Most Valuable Player Award for defense. He was a three-year member of the Iowa Leadership Group during his career.

Iowa posted a 35-17 record from 2008-11, including a 3-1 record in bowl games. Iowa posted an 11-2 record in 2009, placing second in the Big Ten before defeating ACC champion Georgia Tech in the 2010 Orange Bowl. The Hawkeyes also defeated South Carolina in the 2009 Outback Bowl and Missouri in the 2010 Insight Bowl.

He saw action in 12 games as a junior, with five starts. He recorded 17 solo tackles and 19 assists, along with an interception return for a touchdown at Arizona.

Binns started all 13 games in 2009 and was named honorable mention All-Big Ten by league media and earned the Coaches Appreciation Award for defense. He was named ESPN.com Big Ten Defensive Player of the Week versus Penn State following Iowa’s 21-10 win over the fourth-ranked Nittany Lions in Happy Valley.

Binns is a native of St. Paul, Minnesota, where he twice earned all-conference and all-state honors as a prep at Cretin-Derham High School. He was a team captain and completed his prep career with 157 tackles.

He earned his bachelor’s degree in psychology from Iowa in 2012. Binns was employed as a teacher and coach at Cretin-Derham prior to joining the Iowa staff, coaching football, basketball and track. He is pursuing his master’s degree in sports management.