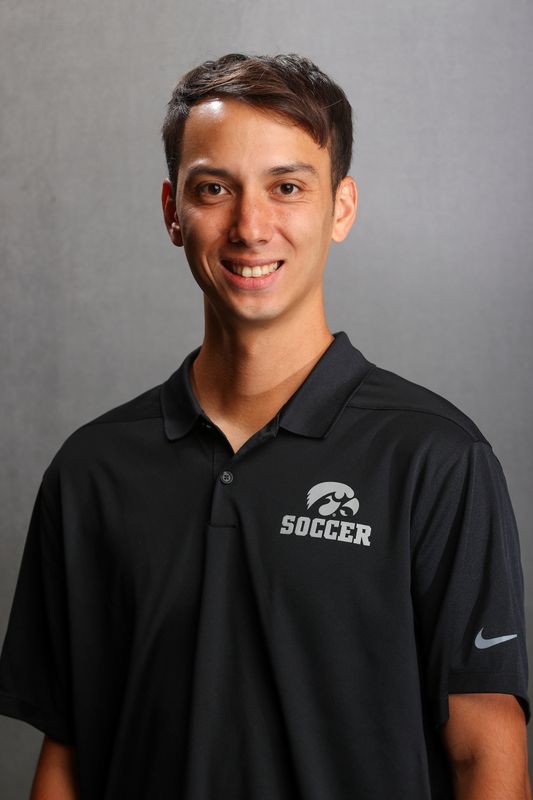 Bennet Luethje joined the University of Iowa women’s soccer program heading into the 2022 season, bringing to Iowa City a volume of experience as both a coach and an analyst.

In March of 2022, Luethje first became affiliated with the program as a performance analyst, helping to organize film, prepare and present post-match reports, and manage clips pertaining to to various tactical situations, program principles, and opposition scouting. He also assisted in the development of players by analyzing data and footage of each individual and creating opposition scouting reports.

Previously, Luethje was responsible for similar duties as an analyst for Oklahoma City Energy FC, Inter Miami FC, and various J League clubs in Japan. He also worked as a video scout with 11tegen11, a digital scouting service, and did freelance work as a tactical analyst.

Luethje also came to the University of Iowa with coaching experience. He was head coach of the U5-U15 Sperio FC boy’s team in Tokyo, Japan, from 2021-2022, where he worked with players daily and gained first-hand experience heading a program. He also worked as an assistant for the U8-U14 Tokyo S Reyes FC boy’s team and was both a coach and interpreter for the Aresenal FC in Yamanashi, Japan.

Luethje graduated from the University of Iowa in 2019 with a degree in International Relations and Japanese. He was vice president and captain of the Iowa Men’s Soccer Club from 2016 through 2019, where he first gained experience leading practices and scouting opponents.