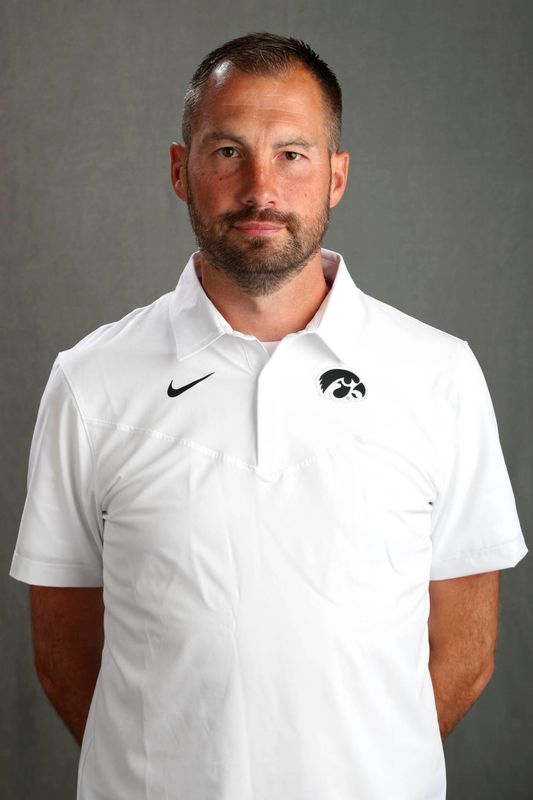 Drago Ceranic is in his fourth season as a volunteer assistant coach with the University of Iowa soccer program.

In three seasons, Ceranic has helped the program to 30 victories, two NCAA Tournament appearances and the first Big Ten title in school history.

During the 2020 season, Ceranic helped the team to its second straight NCAA Tournament berth.  After starting the season slowly, the Hawkeyes were playing their best soccer when matter most — in the postseason.

The Hawkeyes tied a school record with three All-Big Ten selections and senior Natalie Winters became the first player in program history to earn postseason recognition in all four seasons.  Winters was also an all-region honoree for a second straight season.

Iowa was one of the Big Ten’s most potent offenses, ranking second in the league and 26th nationally, with 46 goals.  The Hawkeyes had an NCAA-best 16 different goal scorers in 2019.  Defensively, Iowa posted eight shutouts and limited opponents to seven or fewer shots in 13 games.

During his first season as a Hawkeye, Ceranic helped the Hawkeyes to an 8-7-3 overall record and a 4-5-2 mark in Big Ten play.  Iowa was in Big Ten Tournament contention until the final game, but fell short after battling Northwestern to a 1-1 draw.  Junior Natalie Winters was a third-team all-region and third-team All-Big Ten selection — Iowa’s first all-region honoree since 2014.

Ceranic has coached with the Cedar River Soccer Association since 2009 and he has been a part of Iowa’s Olympic Development Program since 2016.  With the CRSA, Ceranic helped the team to three Iowa State Cup titles (2013 U16 boys, 2014 U15 girls, and 2014 U17 boys).  He also coaches three state runner-up teams.

As a player, Ceranic played collegiately at Mount Mercy (Iowa) University, where he was a four-time All-Midwest Collegiate Conference selection. He was the Mustangs’ Newcomer of the Year in 2006, was team MVP in 2007 and 2008, and was a three-year team captain.  Ceranic also was a three-time all-academic selection and was named to the NAIA Champion of Character Team in 2009.

The Serbia native graduated from Mount Mercy in 2010 with a degree in multi-media design and communications.  He holds his USSF “C” coaching license.