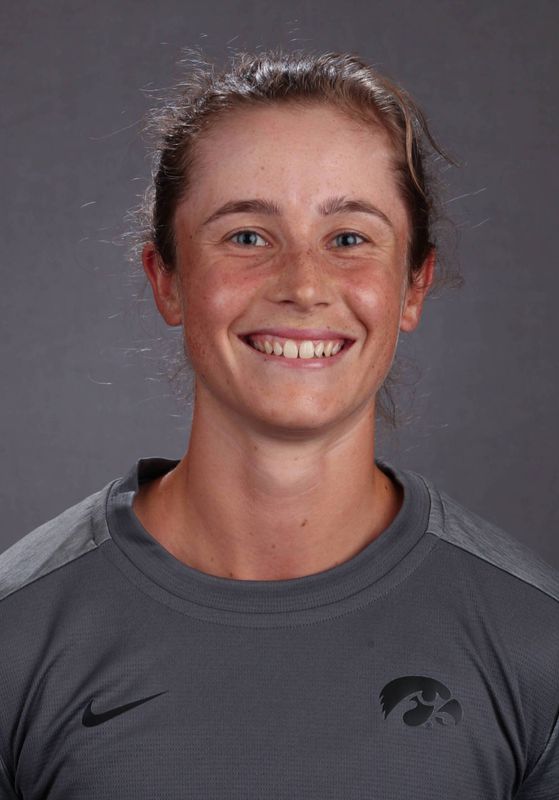 Former Hawkeye and University of Iowa graduate Elise van Heuvelen Treadwell is in her first season as volunteer assistant coach with the Iowa women’s tennis program.

Spring 2020 — Unanimous All-Big Ten Team selection … ITA Central Regional Senior of The Year … was 10-1 in singles competing at the No. 1 position … had the best start to a season for a Hawkeye since 2010 … defeated one ranked opponent (No. 87 Thasaporn Nalko, Iowa State) … season canceled by Big Ten Conference and NCAA on March 12 due to concerns of coronavirus (COVID-19)… letterwinner.

Fall 2018 — Competed in one tournament… posted a 2-1 singles record at the Rebel Tennis Women’s Invite.

Spring 2018 — All-Big Ten Team … Posted a 14-8 singles record including a 5-4 in the Big Ten… played at the No. 1 and 2 singles positions… defeated two ranked opponents (singles- No. 88 Lee Or, doubles- No. 13 Chatt/Or) in match against No. 14 Northwestern… posted a 14-7 doubles record… played at the No. 1 and 2 doubles positions… finished the season ranked No. 80 in doubles… was ranked as high as No. 49 with Anastasia Reimchen… letterwinner

Spring 2017 — first team All-Big Ten and Big Ten Freshman of the Year… posted a 16-5 record at the No. 1 doubles position and a 13-9 mark at No. 1 singles… tied for the team lead with 13 singles victories… team with Zoe Douglas at No. 1 singles and posted a 10-2 mark, reaching as high as No. 80 in the ITA rankings… teamed with Adorabol Huckleby the final nine matches of the season and posted a 6-3 record with wins over No. 9 Michigan and No. 50 Wichita State… named Outstanding Newcomer at the Golden Herky Awards… letterwinner.

Fall 2016 — made her Hawkeye debut at the Gopher Invite, going 4-0 in singles… finished the season with a team-best 9-3 singles record… posted a team-best 11-5 doubles record paired with senior Zoe Douglas.