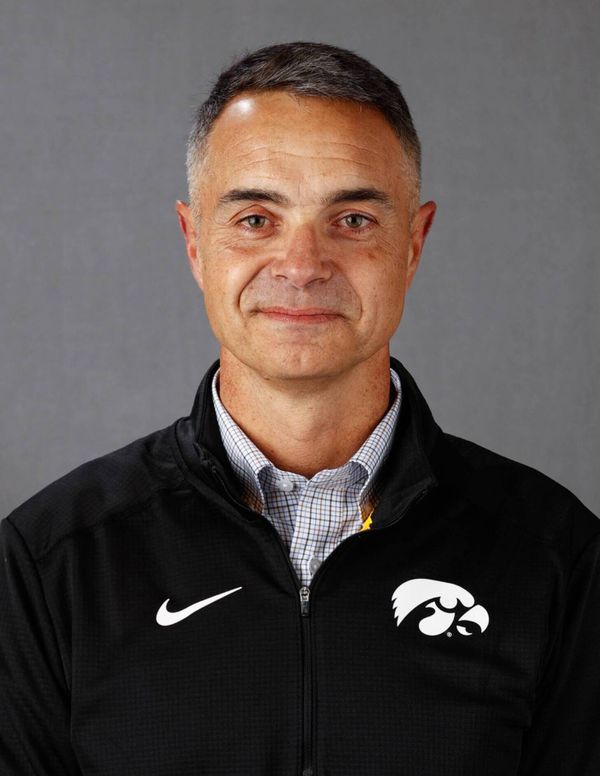 Jeff Garbutt was named the fourth head coach in the history of the University of Iowa rowing program in October 2021.

Garbutt was an assistant coach on the Iowa staff for seven years from 2013-20. During that time, he helped Iowa reach heights the program had not seen before, qualifying for the NCAA Championships three consecutive years from 2017-19 and reaching No. 7 in the national rankings in 2018, the highest in program history. He returns to Iowa City from La Salle University, where he led the men’s and women’s rowing programs from 2020-21.

Garbutt was on staff in 2017 and 2018 when Iowa was named College Rowing Coaches Association Region 4 Staff of the Year. In 2017, Iowa broke a 16-year NCAA Championship drought and placed 12th nationally. The following year, the Hawkeyes placed a program-best fourth in the Big Ten and set a school scoring record at NCAA’s, putting up 69 points and placing 11th.

Garbutt saw Contessa Harold make program history in 2018 when she shared Big Ten Rowing Athlete of the Year honors. In Garbutt’s final season in 2019, Harold and Hunter Koenigsfield were both named All-Americans for the second straight year, while Hannah Greenlee earned her first All-America honor.

Garbutt joined the collegiate coaching ranks in 2013, serving as an assistant coach and recruiting coordinator at Miami (FL). Prior to that he spent more than a decade developing high school talent in New Jersey. As the head girls coach at Mainland High School, he helped the Senior 4 take home the New Jersey/Philadelphia City Championship in 2012 and a New Jersey State Championship in 2013.

The Senior 4 also placed runner-up in the Scholastic Rowing Association of America National Championship and the Stotesbury Cup Regatta in 2012.

He was the head girls coach at Ocean City High School from 2004-08, where he led the team to several city, state and national championship titles. As the head coach at The Hun School of Princeton (1996-01), he helped the Girls Junior 4 win the Stotesbury Cup Championships in 2000 and 2001.

Garbutt’s journey in the sport began at Atlantic City High School, where he rowed for his father, Bob. Over his illustrious career, Bob Garbutt built one of the top high school programs in the country, winning 13 national championships, eight Stotesbury Cup titles, and a runner-up finish at the famed Henley Regatta in England in 1994.

From there, Garbutt rowed collegiately at Temple and earned a bachelor’s degree in elementary education in 1995. He served as a member of the Ocean City Beach Patrol for two decades.

Garbutt and his wife, Hope, have one son, J.J., a member of the track & field team at Marquette University.