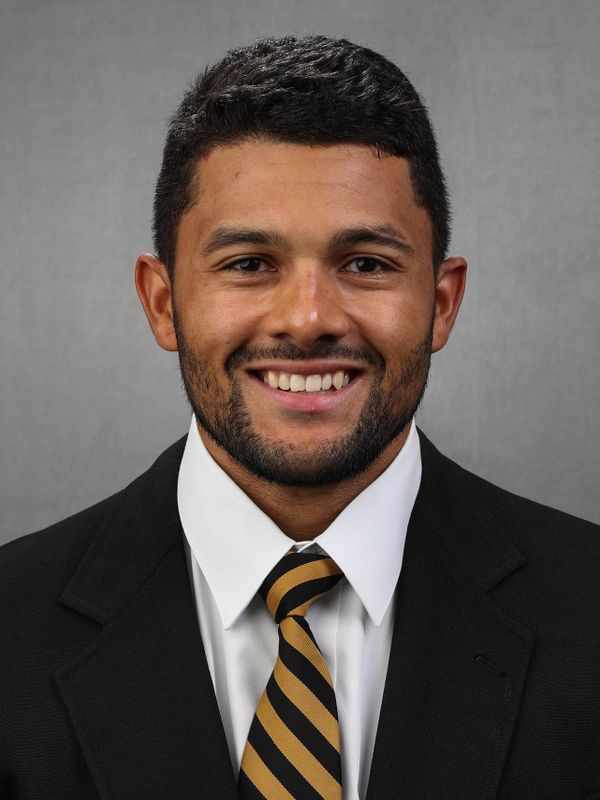 Keeston Terry is in his third year as a graduate assistant coach with the Iowa football program. He assists with the Hawkeye wide receivers.

Iowa’s efficient offense in 2019 featured senior quarterback Nate Stanley completing just under 60 percent of his passes to a talented and deep wide receiver corp. Redshirt freshman Nico Ragaini (46-439) and junior Ihmir Smith-Marsette (44-722) each had over 40 receptions, while junior Brandon Smith (37-439) and redshirt freshman Tyrone Tracy, Jr. both totaled over 35 receptions. All six Hawkeyes who recorded at least 15 receptions return in 2020. Smith-Marsette (1,270 yards) and Smith (815) rank among Iowa’s career leaders.

Terry joined the Hawkeye program from Pittsburg State, where he coached cornerbacks for two seasons. He was a graduate assistant coach in 2017 before becoming a fulltime assistant in 2018.

Terry coached three defensive backs who earned All-MIAA honors at cornerback in 2017 and 2018.

Terry enjoyed a decorated three-year playing career for Pittsburg State from 2012-14. He earned All-MIAA honors as a safety all three seasons for the Gorillas. He also earned All-Super Region Three and NCAA Division II All-America accolades as a senior, helping Pittsburg State to the MIAA Championship.

Terry began his college playing career at Kansas (2010-11), starting 10 games for the Jayhawks as a redshirt freshman in 2011.

Terry is a native of Blue Springs, Missouri. He earned his bachelor’s degree in physical education from Pittsburg State in December, 2015. He is pursuing his master’s degree in educational leadership.