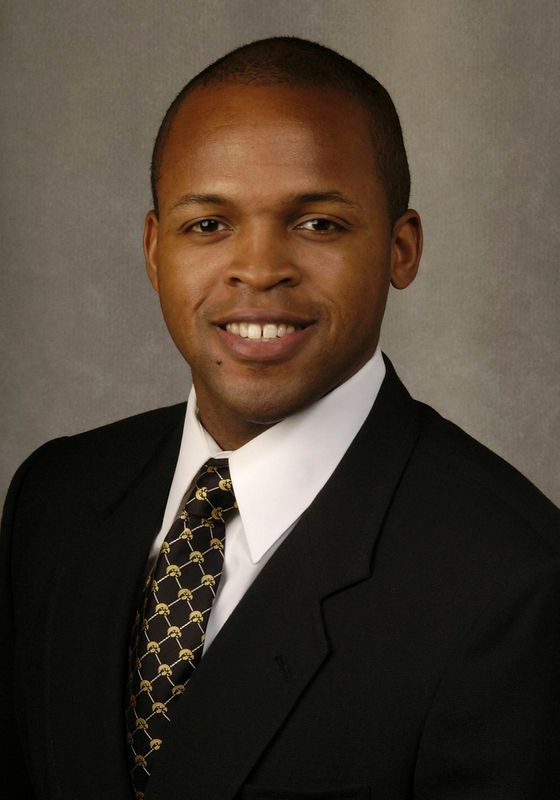 Raimond Braithwaite is in his 18th year as a member of the strength and conditioning staff with the University of Iowa football program. He was named director in March, 2021, after being named interim director in June, 2020. Braithwaite was a member of the Iowa staff from 2002-04 and rejoined the Hawkeye program after serving as the head strength and conditioning coach at Delaware State (2005-07).

Braithwaite assisted in opening a new 10,000 square-foot weight facility at Delaware State, which is one of the largest in the region. Delaware State was coached by Al Lavan, who served on the Baltimore Ravens staff with Iowa Coach Kirk Ferentz. Lavan finished as the runner-up for national Coach of the Year honors in 2007.

Braithwaite first joined the Iowa football program after serving as a graduate assistant strength and conditioning coach at Florida State University during the 2002 spring. Braithwaite worked with the football and women’s golf teams at Florida State, where his responsibilities included lifting technique instruction, organization of football lifting groups, assisting in the administration of torso development and dynamic warm-up to football lifting groups and assisting in the maintenance of equipment in the weight room facility.

Braithwaite served as an intern at Florida State during the fall of 2001, assisting in the instruction of workout programs for various FSU athletic teams, including football, softball and men’s and women’s golf.

Raimond is a certified member of the Collegiate Strength and Conditioning Coaches Association (CSCCa).