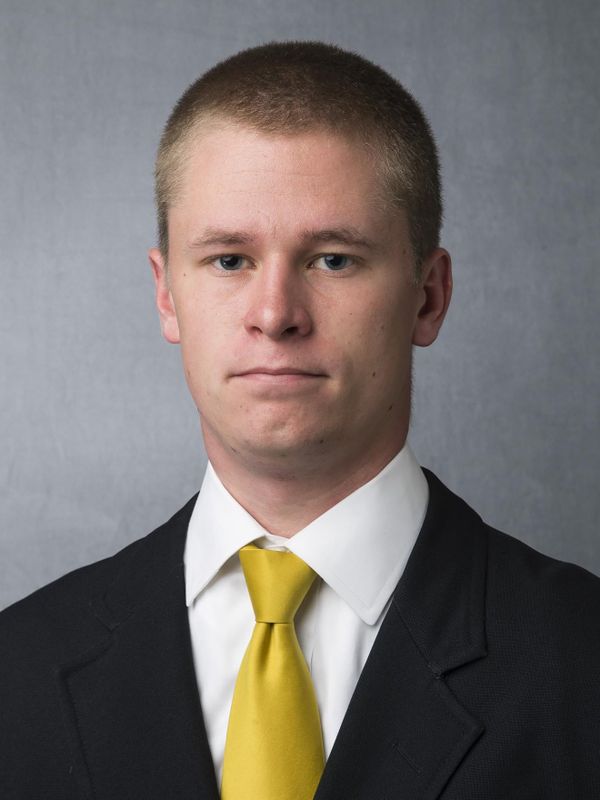 Shane Viilo is in his eighth year with the University of Iowa football program, and in his second year in the position of football analyst. Viilo served as a graduate assistant coach for three seasons (2018-20) after serving as a student assistant from 2015-2017. He worked with the Iowa linebackers (2015-19) and defensive backs (2020).

Jackson, in his first year as a starter, also led the nation in passes defended, ranked second in interception return yards and return touchdowns, and ranked fourth in pass break-ups. He had two interception returns for touchdowns and tied Iowa’s single-game record with three interceptions in a 55-24 win over third-ranked Ohio State.

Viilo was born February 6, 1994. He is a native of Drummond Island, Michigan, and attended DeTour High School in DeTour Village, Michigan. Shane and his fiancé, Alyssa, will be married in early July.