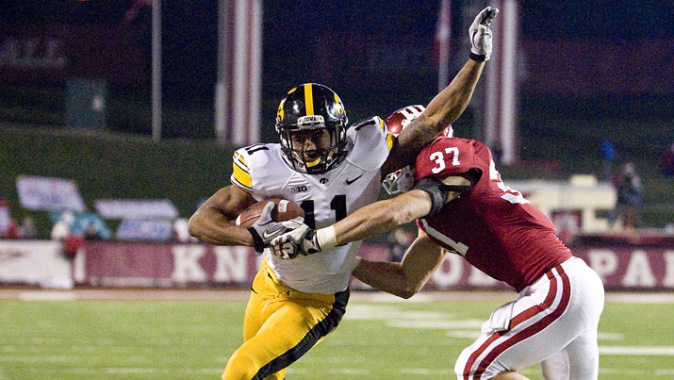 Martin-Manley, a native of Pontiac, Michigan, enters his senior season coming off a 2013 campaign that garnered plenty of success both as a receiver and on special teams. Martin-Manley led the Hawkeyes in receiving with 40 receptions for 388 yards and five touchdowns. As a punt returner he picked up 314 yards and two touchdowns on 20 attempts, which ranked second in the Big Ten and eighth in the nation.

Martin-Manley became the first Big Ten Conference player to ever return back-to-back-punts for touchdowns last season against Western Michigan, and just the second player in the last decade with two punt return touchdowns in one quarter. His 184 return yards in a game ranks second best all-time in Big Ten history.

Martin-Manley and the Hawkeyes open the 2014 season on Aug. 30 hosting Northern Iowa. Tickets are available to be purchased by contacting the UI Athletics Ticket Office at (800) IA-HAWKS, or online at hawkeyesports.com.

For more information on the Paul Hornung award visit: paulhornungaward.com.