Catching Up with Christina Buttenham 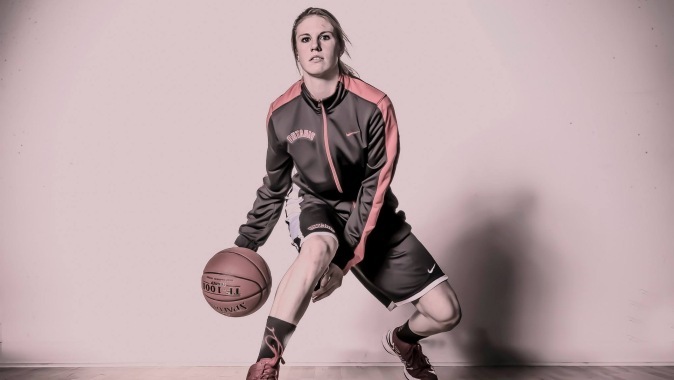 It has been a busy summer for incoming Hawkeye women’s basketball player Christina Buttenham. Buttenham, a 6-foot forward from Hamilton, Ontario was recently selected to the 2014 Canadian Junior Women’s National Team.

Buttenham and the national team are competing at the FIBA Americas Women’s U18 Championship at the U.S. Olympic Training Center in Colorado Springs, Colorado, from Aug. 6-10.

On being named to the Canadian Junior National Team…
“The feeling of making this team really cannot be explained. It’s an amazing opportunity and it’s crazy to think that I will be representing my country. After all of the hard work and training that was put into this, being able to wear Canada across my chest is a huge accomplishment.”

You have competed in international competition before…how is this tournament/this team different?
“My previous experience with Team Canada is one that I will never forget. This year is very different from my first one because it is a new team and a new staff. The tournament we are competing in this year is a very big deal because if we do well enough, we can qualify for Worlds next year. Personally, I gained a lot of knowledge from my first experience and now have an idea of what to expect going in to the tournament.”

How were you selected for the team?
“There were two assessment camps leading up to the final tryout, one in December and the other in March, which were invite only. From there, 15 athletes were invited to the final tryout which was held July 18-21. On the final day of tryouts, each player was told whether or not they made it. The next step was the training camp which went from July 21-31.”

On competing at the FIBA Americas Women’s U18 Championship?
“It’s very exciting to be able to represent Canada at such a high level. I can’t wait to get there and I hope we can make Canada proud!”

Take us through your schedule in the next couple weeks…
“We left for Colorado on August 1 to play two exhibition games and three round robin games with a possibility of playing two more depending on how we do. The tournament runs until August 10 and we will be flying back home on the 11th. From there, I come home for five days and drive down to Iowa on the 16th.”

When did you know you wanted to become a Hawkeye?
“I knew that I wanted to be a Hawkeye during my first visit to the school. I had a lot of things I was looking for while choosing my university and Iowa had all of it and more! I felt so welcomed by the players and staff and I cannot imagine my collegiate career being anywhere else!”