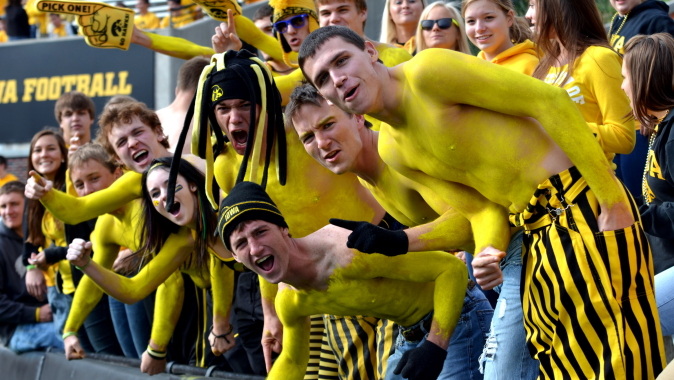 The UI Athletics Ticket Office will sell those tickets only as part of a season ticket purchase by either a member of the general public, a faculty or staff member of the UI, or a current UI student. All other tickets to the game including “singles” have been purchased.

“History indicates that we will have fans who want to purchase a season ticket in the next few weeks. We want to accommodate those fans so, at the present time, we will sell the tickets that remain for this year’s Iowa-Iowa State game only to fans who are interested in purchasing a season ticket,” said Pam Finke, the UI’s director of ticket operations.

Finke said the UI Athletics Department will determine at a later date when to sell any remaining Iowa-Iowa State game tickets on a single game basis, if inventory remains available.

To purchase a season ticket, three-game ticket package, or single game ticket to a home game of the 2014 Iowa football team, fans can visit the UI Athletics Ticket Office in Carver-Hawkeye Arena or call the office at 1-800-IA-HAWKS any weekday from 9 a.m. to 4 p.m. Fans can also purchase single game tickets online at hawkeyesports.com.