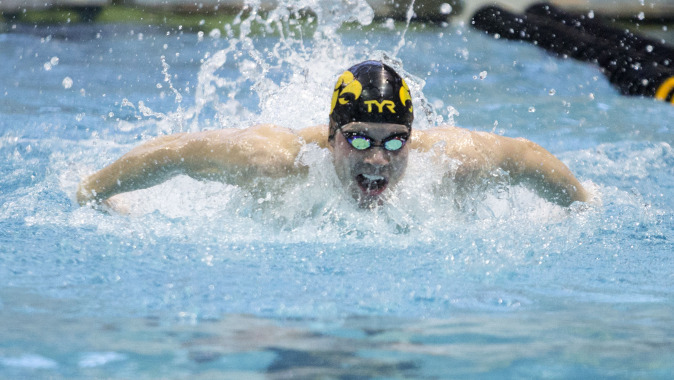 Nelson and Sougstad competed in the 100-meter breaststroke in the morning session.

Betulius, Nelson, Patnode and Donatelli competed in the 400-meter medley relay in the evening session. The quartet placed 14th after recording a combined time of 3:51.45.

The Hawkeyes will enter the pool again Oct. 3 when Iowa hosts Michigan and Nebraska.