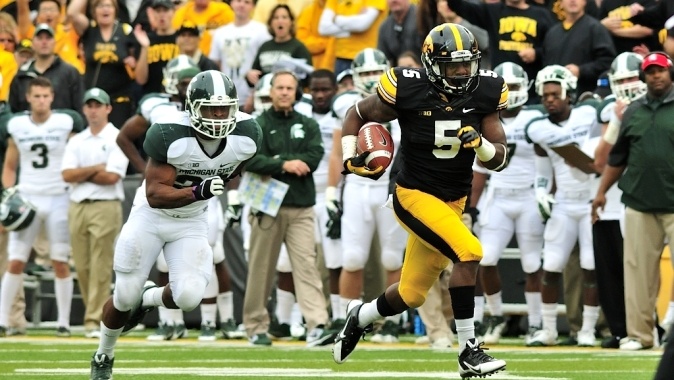 The Earl Campbell Tyler Rose Award will be presented to the nation’s offensive player of the year, who meets the award criteria of being born in Texas, graduating from a Texas High School, or playing at a Texas-based junior college or four-year college. This year marks the second presentation of the award.

Bullock saw action in all 13 games last season, making two starts. A native of Mansfield, Texas, Bullock rushed 118 times for 467 yards and one touchdown, and had 20 receptions for 173 yards and one score. Bullock, who was also named to the watch list a year ago, has totaled 1,000 career rushing yards.

While at Mansfield High School, Bullock was named to the Top 50 player list in the Dallas-Fort Worth area and 5-A All-District team as a senior. He was also named his team’s Most Valuable Offensive Player after rushing for 1,606 yards and 22 touchdowns as a senior.

The Earl Campbell Tyler Rose Award Selection Committee consists of Texas-based journalists, collegiate football dignitaries and each of the subsequent all-time winners of the award. A Player of the Week will be selected by the committee each week of the regular season leading up to the announcement of the awards finalists in December.

The committee will trim the field to 16 semifinalists on November 18, and as many as four finalists on December 2. The winner will be announced and recognized at a banquet in January, 2015 in Tyler, Texas.

Bullock and the Hawkeyes pen the 2014 season on Aug. 30, hosting Northern Iowa inside Kinnick Stadium (11a.m., BTN). Tickets are available for purchase by contacting the UI Athletics Ticket Office at (800) IA-HAWKS, or online at hawkeyesports.com