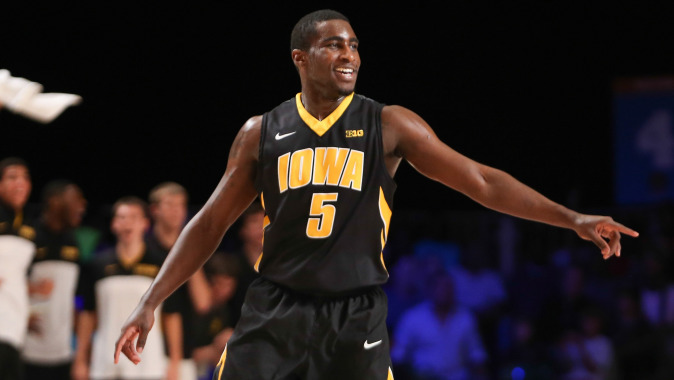 IOWA CITY, Iowa — ESPN and the University of Iowa announced today its television plans for the 2014-15 men’s basketball season. Thirteen Iowa games will appear on ESPN, ESPN2, ESPNU or ESPNews, while the Hawkeyes will also appear five times digitally on ESPN3.

The Hawkeyes’ league opener at Ohio State on Dec. 30 is slated to tipoff at noon (CT) and be televised on ESPN2. Other Big Ten road games televised on an ESPN network include: Wisconsin (Jan. 20, 8 p.m.), Michigan (Feb. 5, 6 p.m.), Penn State (Feb. 28, 5 p.m.), and Indiana (March 3, 6 p.m.). Iowa’s road game at Nebraska on Feb. 22 is a TV wildcard selection and will air on either CBS or BTN. The game time and television designation will be announced at a later date.