Hawkeyes in 4th After 2 Rounds at Windon Memorial 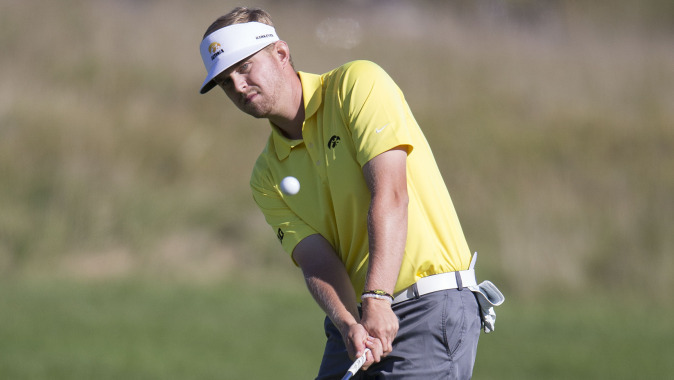 SKOKIE, Ill. — Battling rain and winds of up to 20 miles per hour, the University of Iowa men’s golf team finds itself in fourth place out of fifteen teams after day one of competition at the 18th annual Windon Memorial Classic, held at Evanston Golf Club.

“The guys were strong and committed, and we can be proud of the performance today,” said UI head coach Tyler Stith.

Junior Nate Yankovich and sophomore Carson Schaake led the way for the Hawkeyes through the first two rounds of competition, each posting scores of 141 (+1) to put them both in a tie for 11th place.

Yankovich fired a career best two-under par 68 on the first 18 holes before notching a 73 (+3) on the second. After recording a 72 (+2) in the first round of 18, Schaake came back to shoot a career low 69 (-1) in the second round to move him up 14 spots on the individual leaderboard.

Sophomore Raymond Knoll followed closely behind, carding back-to-back rounds of 71 (+1) for a total of 142 (+2), putting him in an eight-way tie for 18th place.

Play at the Windon Memorial Classic concludes on Monday with tee times beginning at 8 a.m. (CT). Live stats are available at golfstat.com.