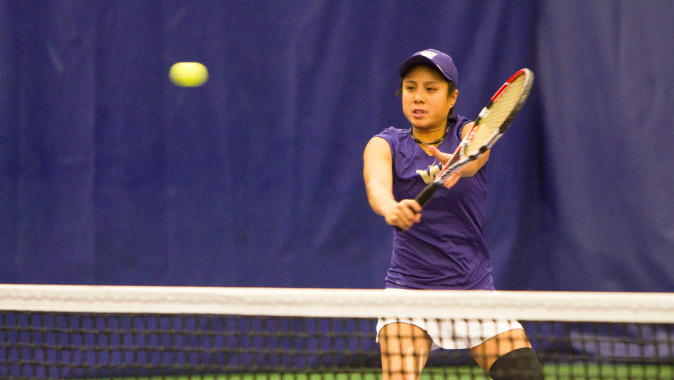 “I’m thrilled to have Denise on board,” said Dougherty. “She is a great young coach that had an outstanding career at Washington and knows what it takes to be a successful student-athlete. Her past experience translates well into her coaching career. She should make a make a positive impact in all aspects of our program.”

Dy was a three-time All-American at the University of Washington from 2008-12, and reached as high as No. 3 in the ITA singles rankings and No. 6 in the ITA doubles rankings.

Since graduating in 2012, Dy has worked at a variety of high performance tennis clubs and continued her playing career as a member of the Philippine National Team. She won a mixed doubles gold medal at the Southeast Asian Games in 2011, and a pair of medals at the 2009 Southeast Asian Games – a silver medal in doubles and a bronze medal in singles.

“I would like to thank head coach Katie Dougherty for giving me the opportunity to be a part of the women’s tennis program at the University of Iowa,” said Dy. “Katie has established a great tradition of academic excellence and competitive success in a very challenging conference and I’m eager to start.”

Dy is affiliated with the Professional Tennis Registry and has earned her Professional Level 1 Certification.

She graduated from the University of Washington in 2012, earning a Bachelor of Arts degree in Psychology with a minor in Military Science. ?