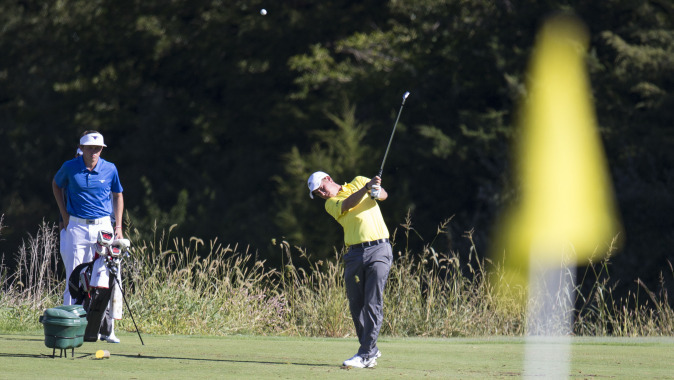 THIS WEEK
The University of Iowa men’s golf team travels to Durham, North Carolina, this weekend to compete in the fifth annual Rod Myers Invitational held at Duke University Golf Club. The two-day tournament, hosted by Duke University, begins on Saturday Oct. 11 with a round of 36 holes. Sunday’s final round consists of 18 holes. Live stats will be available via golfstat.com.

THE COURSE
Located in Durham, North Carolina, the Duke University Golf Club plays to a 7,154-yard, par-72 layout. The Club opened to the public in 1957 and has hosted the 1962 and 2001 NCAA Division I Men’s Golf Champonships.

TOURNAMENT HISTORY
The Hawkeyes have competed in the previous four Rod Myers Invitationals. Iowa won the event in the fall of 2010, posting a team score of 851 (-13). That mark is lowest team total in the history of the tournament.

LAST TIME OUT
The University of Iowa men’s golf team competed in the 18th-annual Windon Memorial Classic from Sept. 21-22 finishing ahead of 11 teams, including four Big Ten teams — Purdue, Northwestern, Minnesota and Wisconsin — with an overall final team score of 849 (+9) to tie for third with Michigan. Sophomore Carson Schaake led the way for the Hawkeyes, posting a 209 (-1) over the course of 54 holes to grab a fourth place finish on the individual leaderboard. Junior Nate Yankovich finished with a total of 212 (+2) to tie for 14th while sophomore Raymond Knoll finished tied for 17th at three-over-par (213), posting three-straight rounds of 71. Senior Brian Bullington followed Knoll, tying for 36th with a three-round total of 218 (+8) and senior Ian Vandersee finished in a tie for 45th. He recorded rounds of 72, 74, and 74 for a 220 (+10).

UP NEXT
The Hawkeyes return to action on Friday, Oct. 17, when they head to Atlanta, Georgia to compete in the U.S. Collegiate Championship. The three-day tournament is hosted by Georgia Tech University.