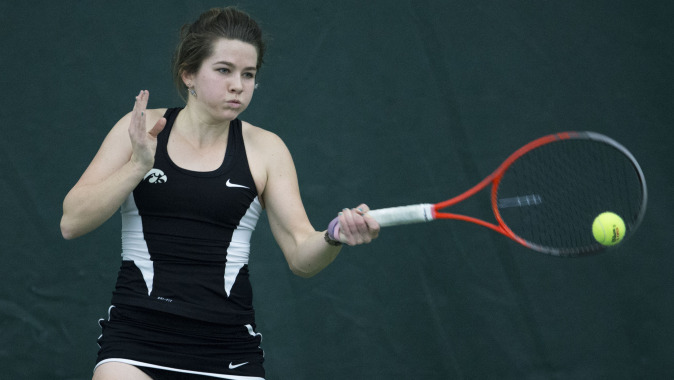 Seniors Shelby Talcott and Morven McCulloch enter the main draw of the singles tournament seeded No. 9 and No. 10, respectively. Seniors Ellen Silver and Katie Zordani compete in the qualifying draws Thursday. Both Hawkeyes need to advance two rounds to qualify for the main draw.

“The ITA Regionals is an opportunity to take on some of the best players in the Central Region and will look to make the most of it,” said UI head coach Katie Dougherty. “We’ve had a couple of weeks of good practice after the Furman Fall Classic and look forward to watching that work translate into competitive matches and wins.”