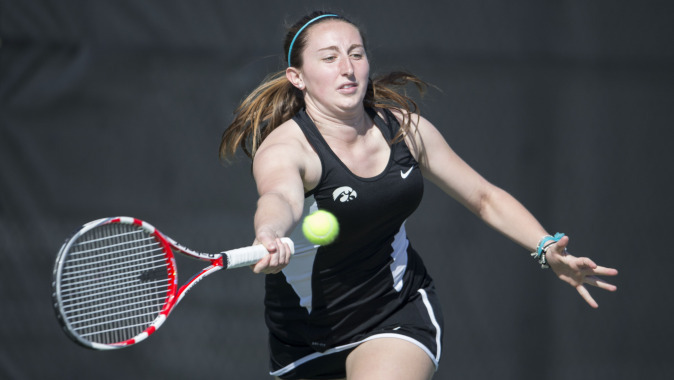 “We are off to a great start in doubles competition and able to beat a good Nebraska team in the process,” said UI head coach Katie Dougherty.

McCulloch looked to translate her success on the doubles court into singles. The senior’s main draw first round match was against Palma Juhasz of Kansas State. McCulloch was able to take the first set before dropping the final two, (1-6, 6-4, 6-4). She will return to action in singles qualifying on Saturday.

Elsewhere in singles action, Talcott faced Arkansas’s Makenzie Craft in the first round of the singles main draw. Talcott was able to take the first set in the match but was unable to keep her momentum going dropping the following two sets, falling (4-6, 6-1, 7-5).

“Morven and Shelby played close matches against quality opponents. It is disappointing that we lost two first round singles matches. However, this experience gave them a lot to take into the spring,” added Dougherty.

Competition resumes on Saturday with singles and doubles matches throughout the day at the Greenwood Tennis Center.