Iowa Heads into Final Round Tied for 10th at U.S. Collegiate 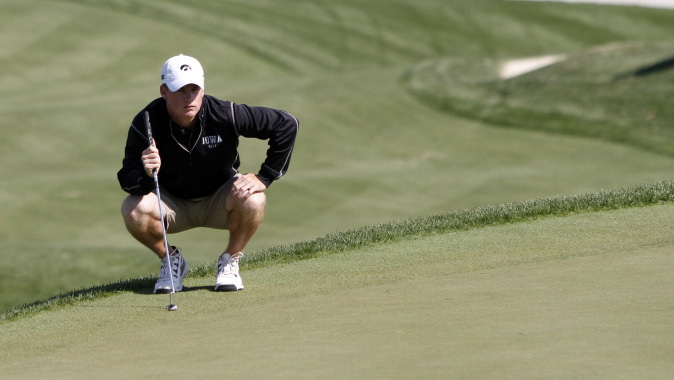 ALPHARETTA, Ga. — After two rounds of action at the U.S. Collegiate Championship, the University of Iowa men’s golf team sits in a tie for 10th place with 22nd-ranked Washington. The Hawkeyes carded a second round score of 289 (+1) to push their 36-hole team total to 580 (+4). Iowa is the Big Ten’s lone representative in a 15-team field that includes 10 teams ranked inside the top 25.?

Three different Hawkeyes shot a one-under-par 71 on day two, including sophomore Carson Schaake. The Omaha, Nebraska, native registered his eighth round of at-or-below par of the fall on Saturday and is tied for seventh place after starting the day tied for 10th. Schaake posts a 36-hole total of 140 (-4), trailing tournament leader Danny McCarthy of Virginia by six strokes.

Sophomore Raymond Knoll moved up eight spots on the individual leaderboard and is currently tied for 23rd place after two rounds, posting a 73 (+1) on Friday and a 71 (-1) on Saturday. Knoll has fired a 71 five different times this fall, including three-straight rounds at the Windon Memorial Classic on Sept. 21-22.

“The course played a few shots tougher today in the wind,” said UI head coach Tyler Stith. “Three guys shot under par, so we controlled our ball well. We posted the sixth-best score of the day and put ourselves in a stronger position heading into tomorrow.”

Play at the ninth annual U.S. Collegiate Championship concludes tomorrow with a third and final round of 18 holes on Sunday morning. Tee times begin at 7:30 a.m. (CT). Live scoring is available at golfstat.com.