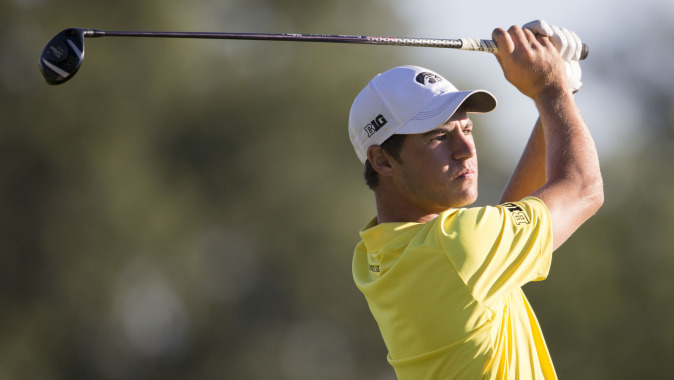 ALPHARETTA, Ga. — Sophomore Carson Schaake paced the University of Iowa men’s golf team at the ninth annual U.S. Collegiate Championship, finishing tied for 11th after 54 holes at The Golf Club of Georgia. The Hawkeyes finished 11th in the 15-team field that featured 10 top-25 teams, compiling a three-round score of 869 (+5; 291, 289, 289).

“Carson did not have his best ball striking week by his standards,” said UI head coach Tyler Stith after Sunday’s final round. “The best players find a way to get it done, and he continues to improve each tournament.”

Schaake posted rounds of 69, 71, and 72 for a three-round total of 212 (-4). He has led Iowa in all four events so far this season. The Omaha, Nebraska, native finished tied for fifth at the Golfweek Conference Challenge (Sept. 14-16), tied for fourth at the Windon Memorial (Sept. 21-22), and tied for 13th at the Rod Myers Invitational (Oct. 11-12). Schaake has posted nine rounds (out-of-11 rounds) this fall at-or-below par, including six under par.

“Brian played great and was in control,” said Stith. “I am proud of him for bouncing back with a good number.”

“At times this week we played our best golf of the season,” said Stith. “We learned we can compete with anyone in the country. We just need to trust and believe in ourselves.”