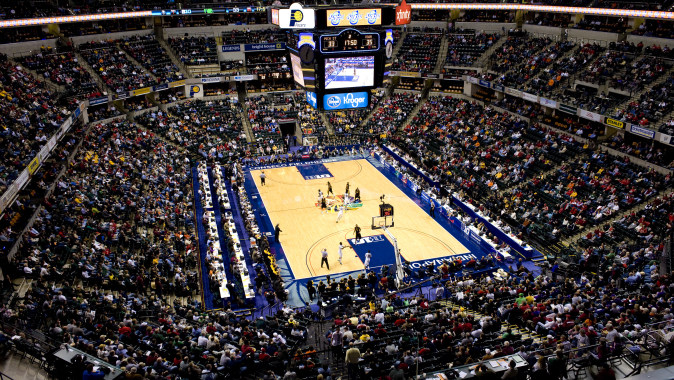 The Big Ten Women’s Basketball Tournament all-session tickets are available for $70 through January 31, which is a 22 percent discount off the regular price of $90. Fans wishing to purchase all-session tickets within their university’s fan block for their respective team’s games are encouraged to contact their school’s ticket office. The women’s tournament will feature general admission seating, allowing fans to witness the action from the best available seats in Sears Centre Arena.

The men’s tournament will continue to feature a discounted student ticket program. For the 2015 event, students of Big Ten universities will be able to purchase tickets for $20, good for only the session or sessions featuring their school. All students must have a valid student ID for entry. Student section seating will be available in balcony sections and orders will be limited to one ticket per student. Details on the new discounted student ticket program will be sent to the university ticket offices for distribution directly to students.

The 2015 Big Ten Women’s Basketball Tournament will be played at the Sears Centre Arena for the second time in the past three years. The 2015 Big Ten Men’s Basketball Tournament returns to Chicago for the ninth time, including the inaugural event in 1998 and most recently in 2013. For more information on both events, including full brackets, go to bigten.org.