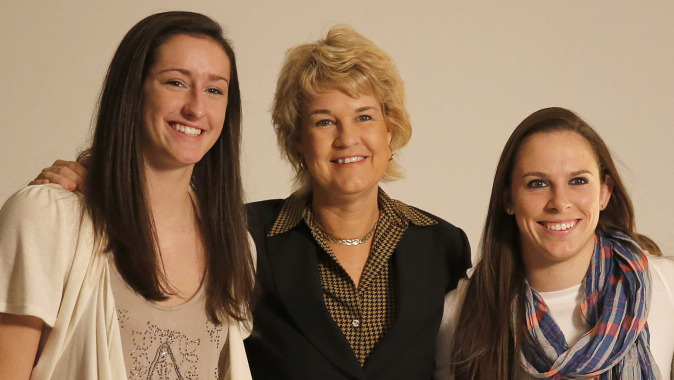 Bluder, the all-time winningest coach in program history, is in her 15th year as head coach at Iowa and her 31st year overall. Under her direction, the Hawkeyes have advanced to 13 postseason appearances (11 NCAA and two WNIT) in 14 seasons, including NCAA Tournament berths in each of the last seven seasons. Iowa is the only team in the Big Ten, and one of 14 in NCAA Division I women’s basketball, to qualify for the NCAA Tournament in each of the last seven years. There are 343 Division I teams.

Bluder, one-of-nine active major college coaches with 600 or more wins, is a three-time Big Ten Coach of the Year (2001, 2008 and 2010) and two-time WBCA Regional Coach of the Year (2001 and 2008). She has guided Iowa to a winning record in 13 of her 14 years at Iowa, including 10 upper-division finishes in the challenging Big Ten Conference. Bluder, who ranks fourth among Big Ten coaches all-time in league victories (138), has led Iowa to eight 20-win seasons in her 14 years, including six of the last seven years.

Doolittle, a native of Oakdale, Minnesota, is third all-time in program history with 184 career blocks. A two-time Academic All-Big Ten honoree, she was named second-team All-Big Ten in 2014, in addition to the Big Ten All-Defensive Team (1-of-5 named) and Big Ten All-Tournament Team. She tallied 106 blocks a year ago, the most in a single season in program history (previous record: Morgan Johnson – 79, 2009-10), and the eighth-highest single-season total in Big Ten history. Doolittle tallied three or more blocks in 19 games, and tallied at least one block in every game but two. She was Iowa’s leading scorer (14.2 points/game).