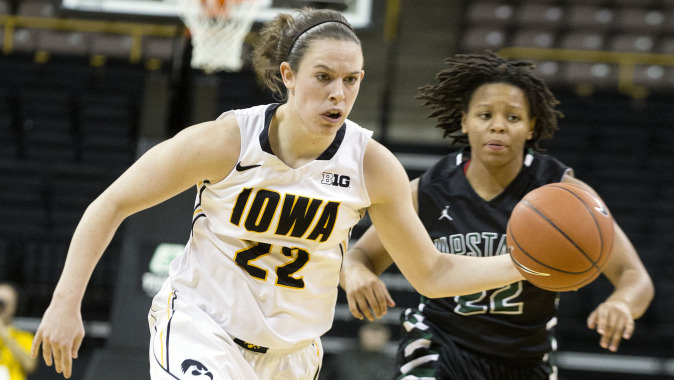 Logic, the NCAA’s active career assists leader (659), ranks seventh in assists in Big Ten history. She leads the NCAA in the category this season (9.3), while also averaging 10.5 points and 8.5 rebounds per game. Logic was named to the Big Ten Player of the Week Honor Roll today for her efforts in the Hawkeye Challenge.

The 39th annual Wooden Award ceremony will honor the men’s and women’s Wooden Award winners, and will include the presentation of the Wooden Award All-American Teams and the Legends of Coaching Award, which in 2015 will go to San Diego State head men’s basketball coach Steve Fisher. The event will take place the weekend of April 10-12, 2015.

No. 17 Iowa (4-0) hosts UNI on Tuesday on Mediacom Court at 7 p.m. (CT). Tickets are available by visiting the ticket office at Carver-Hawkeye Arena, calling 1-800-IA-HAWKS, or online at hawkeyesports.com.