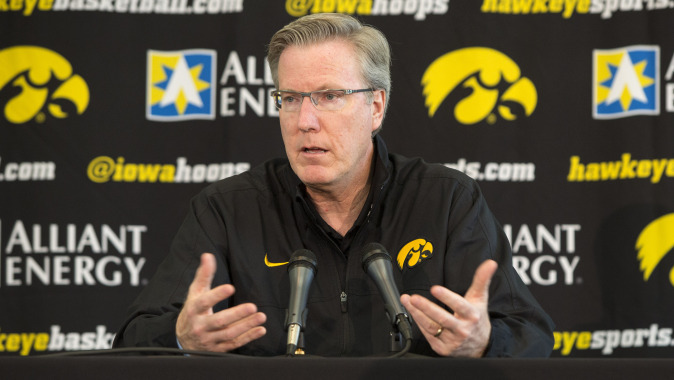 Q. Is he going to go back home at all?

COACH McCAFFERY: Probably, yeah. You know, he’s working that out with his family right now. We can get him home. We can get him back. We don’t have any of the particulars yet. It happened this morning.

Q. Was it unexpected?
COACH McCAFFERY: Fairly unexpected. He’d been sick for a very short period of time. I think it’s unexpected that he would have passed when he did, yes. But I think it was getting to the point where he was pretty sick.

Q. A lot of people wouldn’t play in that situation.
COACH McCAFFERY: Well, he didn’t hesitate. One of the last things his father said was he’s so proud of Gabe, and he wants him to maximize this opportunity his senior year.

So I think that made it easier for him. And his mother, we were Skype ing with his family in my office, the coaches, his family. She made that abundantly clear. I think that solidified in his head he was going to go out and play.

Q. Speaking to the game for a moment, Anthony Clemmons gave you some very good minutes, not turning it over.

COACH McCAFFERY: Played great defense like he always does. Toughness. I thought he was spectacular. What can you say about him? He’s been terrific.

Q. Do you think that was your best defensive effort overall? They shot 27%.

COACH McCAFFERY: Yeah. But we gave up 23 offensive rebounds. That’s a high number. They’re slashing, high flying, quick. It’s kind of how they play. They’re typically not shooting a great percentage, but they battle you. They go back and get it. They keep fighting you. They fight you at both ends.

I think he has done a really good job of sort of generating that kind of atmosphere within that program. So if you beat them, you’re going to have to really fight them.

I thought we did that defensively. So I’m proud of that.

Q. How do you handle the next couple days? Give guys tomorrow off?

COACH McCAFFERY: No, they won’t have tomorrow off. We’re not going to practice that hard. We’ll break the film down, show them some film, introduce Longwood. We’ll have Thanksgiving. Some of the guys will be with their families. Some of them will be at my house with some of the assistant coaches’. We’ll work out in the morning, then disperse for Thanksgiving andreconvene on Friday.

COACH McCAFFERY: He picked up those two quick ones. My plan was to kind of leave him in, let him play through it even with two. I thought he was working hard. He just couldn’t get anything to go.

To hit those two I think was big for him. He moved well without the ball. I thought he really moved his feet defensively. They run a lot of ball screen stuff that he’s got to fight through, keep that guy contained, keep him from turning the corner, recognize if they’re switching or not. He was really good. Stuck his nose on the glass. That was good.

Q. Talk about getting Brady some minutes tonight.

Q. If he’s healthy, what does he bring?

COACH McCAFFERY: Another really good shooter. He’s just a smart, skilled, tough kid. You know, he can feed the post. He’s a surprisingly good rebounder for a guy who is 6’3″. He’s not a mistake guy. Big time shot maker.

COACH McCAFFERY: He had surgery this summer on his foot, yeah. Never really felt right after that.

Q. Held them under 50. One of the better defensive games you’ve had this season?

COACH McCAFFERY: Yeah. I mean, I thought we were pretty locked in. Our offense was still not where we want it to be. So it was absolutely critical that our defense be exactly that.

You know, I mean, we were locked in. We didn’t go for shot fakes. Other than 23 offensive rebounds, we played really well defensively.

COACH McCAFFERY: He took that three late in the first half early in the shot clock. We were in the bonus. I got on him about it. He got a little gun shy after it. I told him, You can’t. Just because I told you you can’t take that one doesn’t mean I don’t want you to take the other ones.

Caught in between shoot, drive, give it up. He was a little uncomfortable today. But five blocks, six rebounds. Traffic rebounds, too. Four assists. I told him, you know, You played a heck of a game.

Q. Late in the game you had Trey, Dom, Peter out there.

COACH McCAFFERY: I want to get those guys some minutes. I mean, Dom is proven. He’s a high level rebounder. Five rebounds in seven minutes. He just can’t get it together yet on offense. He’s trying. His effort level was up to where it needs to be. He kind of played at one pace his whole life. He’s got to rev it up. He’s doing that. I’m proud of him there.