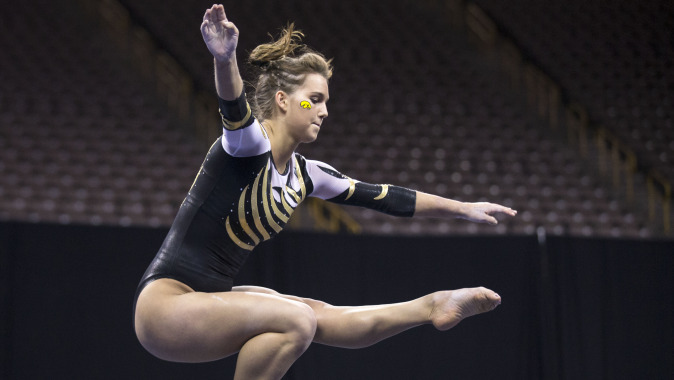 THIS WEEK:
The University of Iowa women’s gymnastics team hosts No. 22 Michigan State and Ball State in its home opener on Sunday. The meet is set to begin at 2 p.m. (CT) inside Carver-Hawkeye Arena.

SCOUTING THE COMPETITION:
The Michigan State women’s gymnastics team fell short in their 2015 season opener against Bowling Green (194.775-194.075) on Jan. 10. The Spartans finished the 2014 season ranked 39th in the country. MSU finished sixth in the Big Ten regular season, and eighth at the Big Ten Cham- pionships.

UP NEXT:
Iowa will travel to Columbus, Ohio, to take on Ohio State on Saturday, January 24. The meet is scheduled to begin at 3 p.m. (CT) inside St. John Arena.