GymHawks Travel to Take on No. 20 Ohio State 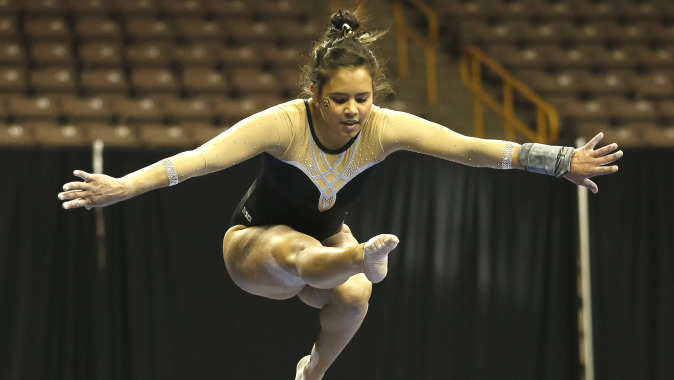 THIS WEEK:
The University of Iowa women’s gymnastics team will travel to Columbus, Ohio, to take on Ohio State on Saturday. The meet is scheduled to begin at 3 p.m. (CT) inside St. John Arena.

LAST TIME OUT:
The GymHawks posted a 194.425 and finished second on Jan. 18 in their home opener inside Carver-Hawkeye Arena. No. 22 Michigan State (195.625) won the tri-meet and Ball State (193.350) rounded out scoring in third place. On bars, sophomore Mollie Drenth paced the GymHawks with a career best 9.875. Following in second, Angel Metcalf tied her career best with a 9.850. Iowa concluded the afternoon on floor posting a 49.375. Senior Sydney Hoerr scored a career best of 9.925 and Glover followed with a career best of her own, posting a score of 9.900.

SCOUTING THE COMPETITION:
The 20th-ranked Ohio State women’s gymnastics team finished second (195.025) in a tri-meet against No. 5 Michigan (196.975) and West Virginia (194.175) on Jan. 17 in St. John Arena. Ohio State is one of six Big Ten teams ranked in the 2015 GymInfo Coaches’ poll. Last season, OSU finished sixth at the Big Ten Championships and fourth at NCAA Regionals.

UP NEXT:
Iowa returns home to host Maryland on Friday, Jan. 30. The meet is scheduled to begin at 7 p.m. (CT) inside Carver Hawkeye Arena.