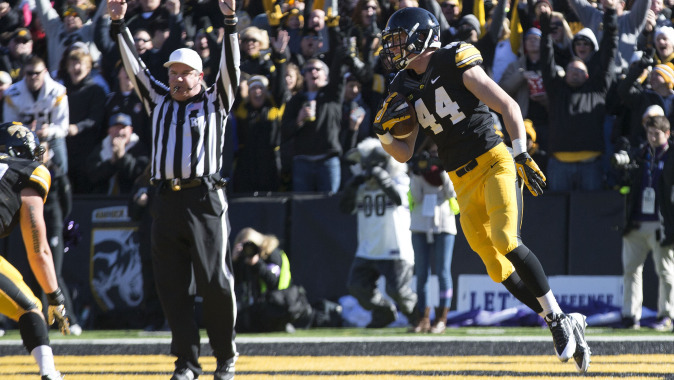 IOWA CITY, Iowa — When Ben Niemann signed a National Letter of Intent last February to play football at the University of Iowa, it finalized a decision more complicated than most recruits face.

Niemann is a 6-foot-3, 205-pound linebacker from Sycamore, Illinois. His father, Jay, is defensive coordinator for the Northern Illinois football program, so Ben verbally committed to become a Huskie prior to his senior season at Sycamore High School. 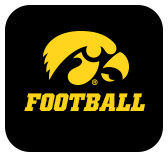 But Ben started hearing from other colleges, including three from the Big Ten Conference and one from the Big 12. He sent film to Phil Parker, defensive coordinator for the Hawkeyes, and attended one of Iowa’s summer camps.

“It was a tough situation for our family, but (my dad) had to look at it from a perspective as a father and not as a coach,” Niemann said. “He supported me with that decision, and he is happy that I’m at a place I love.”

The Hawkeye football team is expected to sign at least 21 student-athletes to National Letters of Intent on Wednesday. Several of the soon-to-be-Hawkeyes met Niemann during recruiting visits to Iowa City and the flashy $55 million Stew and Lenore Hansen Football Performance Center.

“It’s different with the new complex and facilities we have compared to what we used to have,” Niemann said. “Those are top-notch in the nation now. That is a real attraction for kids.

“I tell them to go where you feel the most at home and once you get to that place or visit that school, you will know. It’s a feeling you have and you know this is the spot for me. Whatever place gives you that feeling of home and where you know you need to be for the next four or five years.”

Niemann was one of three Hawkeye true freshmen to see action during the 2014 season (defensive back Miles Taylor and kicker Mick Ellis are the others). He played in all 13 games, compiling seven tackles (1 ½ for a loss). During Iowa’s 48-7 victory against Northwestern on Nov. 1, Niemann blocked a punt and returned it for a touchdown. The Hawkeyes finished the season 7-6 overall and played in a bowl game for a 12th time in the last 14 seasons.

“I came in with the attitude that I was going to compete and try to get on the field as early as I could,” Niemann said. “Once that first game hit, it was crazy. I have been to a lot of college games with my dad and I had been to Iowa games before, but coming out of the tunnel for the first time and actually playing was nothing like I expected. It was a crazy atmosphere, then you get on the field and you can’t hear anything. It was a good experience, and I’m happy I got to play.”

Niemann said his college decision wasn’t based on the Big Ten versus the Mid-American Conference. He knew there was a difference in crowd size; last season the Hawkeyes averaged 67,512 per home game compared to 13,563 for Northern Illinois. But for Niemann it came down to people, facilities, and atmosphere.

“It was about the people and who you are going to surround yourself with,” Niemann said. “I felt at home here and that was a big factor in my decision. Since my dad is at Northern Illinois, I would have been happy at either place, but I felt Iowa was the place for me.”