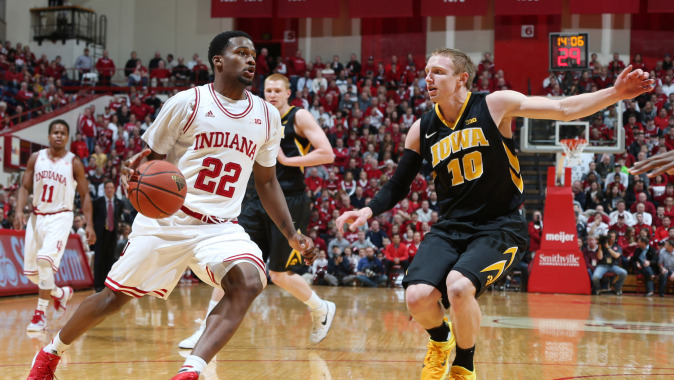 ROSEMONT, Ill. — Wisconsin, Maryland, Michigan State and Purdue are the top four seeds in the 2015 Big Ten Men’s Basketball Tournament, the conference office announced on Sunday night. The 18th annual event will be contested from March 11-15 at the United Center in Chicago, and will feature a five-day format for the first time. The top-four seeds received first- and second-round byes into Friday’s quarterfinals.

All-session and single-session tickets for the 2015 Big Ten Men’s Basketball Tournament remain on sale through Ticketmaster outlets, www.ticketmaster.com, by calling Ticketmaster at (800) 745-3000 or going to www.unitedcenter.com.

After winning the outright Big Ten Championship for the first time since 2008 with a 16-2 conference record, Wisconsin is the tournament’s top seed and will open play at 11 a.m. CT in Friday’s quarterfinals. Second-seeded Maryland completed its first season in the Big Ten with a 14-4 record. The Terrapins will begin their first Big Ten Tournament on Friday at 5:30 p.m. CT.

Iowa, Michigan State and Purdue finished the year with matching 12-6 marks, but the Spartans posted a combined 2-0 record against the Hawkeyes and Boilermakers, and claimed the No. 3 seed. Purdue earned the fourth seed with a 1-1 record among the three teams, while Iowa is the No. 5 seed with an 0-2 mark in the group. Michigan State will open play in Friday’s quarterfinals at approximately 8 p.m., while Purdue will get underway at approximately 1:30 p.m. on Friday. Iowa will open play in Thursday’s second round beginning at approximately 1:30 p.m.

Ohio State earned the No. 6 seed with an 11-7 conference record, and will begin tournament play at approximately 8 p.m. in Thursday’s second round. Illinois and Indiana completed the Big Ten season with identical 9-9 records. The Hoosiers earned the No. 7 seed due their head-to-head win over the Illini in January, while Illinois claimed the No. 8 seed. Indiana will open play against No. 10 Northwestern on Thursday beginning at 5:30 p.m., while Illinois will take on ninth-seeded Michigan at 11 a.m. on Thursday.

Big Ten Tournament semifinal games will be played on Saturday beginning at Noon CT. The championship game tips off at 2:30 p.m. CT on Sunday. Every Big Ten Men’s Basketball Tournament game will be nationally televised with coverage from CBS Sports, ESPN or ESPN2 and BTN. Since the event’s inception in 1998, every tournament contest has been televised.

Six different programs have won the Big Ten Tournament. Ohio State and Michigan State have each claimed four official titles. Illinois, Iowa and Wisconsin have each won the championship twice, and Purdue has won the tournament once.