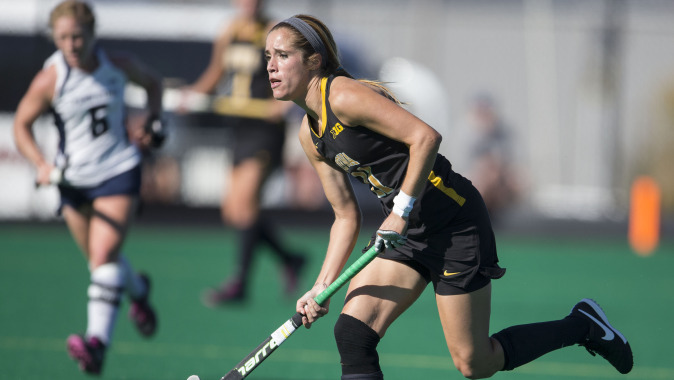 The honor is awarded to student-athletes who achieved a cumulative GPA of 3.90 or higher through the first semester of the 2014-15 academic year.

Gitt, a Lumberton, N.J. native, earns the honor for the third year in a row, while Silfer earns the accolade for the second time in her collegiate career. Both Gitt and Silfer helped guide the Hawkeyes to an 11-6 record in 2014 and a trip to the 2014 Big Ten tournament.

Gitt and Silfer were 2-of-7 Big Ten student-athetles to receive the recognition.