Iowa Heads to No. 59 Minnesota, Wisconsin 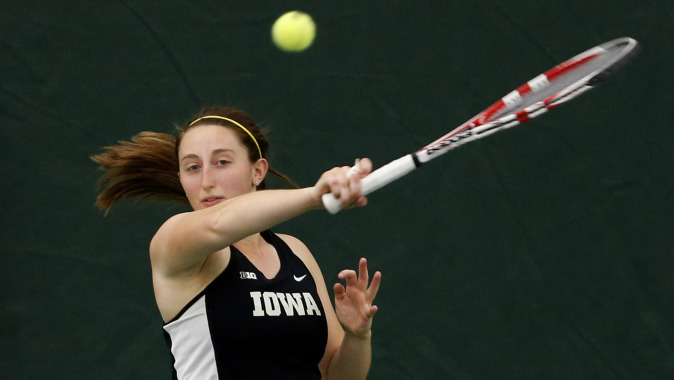 THIS WEEK FOR THE HAWKEYES
The University of Iowa women’s tennis team (8-7, 2-3) travels to Minneapolis on Saturday to continue conference play against the 59th-ranked Golden Gophers (13-6, 3-2). Competition is set to begin at 11 a.m. (CT) at the Baseline Tennis Center. On Sunday, the Hawkeyes continue their road trip to meet Big Ten opponent Wisconsin (8-7, 2-3). Action begins at 12 p.m. inside Nielsen Tennis Stadium.

GOING AGAINST THE GOPHERS
Iowa trails the all-time series against Minnesota, 36-21. Last season, the Gophers collected a 6-1 victory at home over the Hawkeyes. Iowa’s last triumph was 2013, posting a 6-1 win in Iowa City. The last time the Hawkeyes collected a victory in Minneapolis was 2008, when Iowa took down 54th-ranked Minnesota, 6-1, recording its seventh win in a row that season.

TAKING ON THE BADGERS
Wisconsin leads the overall series over the Hawkeyes, 38-9. The Badgers have won four in a row, most recently recording a 4-3 victory in 2014. The Hawkeyes last saw success over Wisconsin in 2010, when Iowa registered a 5-2 win in Madison.

A DOUBLES FORCE TO BE RECKONED WITH
Senior Morven McCulloch and junior Annette Dohanics are 6-1 as a doubles team this season. They have won four in a row, most recently defeating Nebraska’s Izabella Zgierska and Mary Hanna, 8-4, at the No. 1 doubles position. The pair holds a 4-0 record against Big Ten opponents.

TALCOTT ON TOP
Shelby Talcott holds a 10-3 record at the No. 1 singles position. She is featured at the top of the lineup for the first time since 2013, when she was 2-0 in limited action at No. 1. Talcott is 12-3 all-time leading off the lineup.

SENIORS DELIVERING
Iowa seniors Shelby Talcott, Katie Zordani, Ellen Silver and Morven McCulloch have a combined 30-21 singles record this season. Talcott and McCulloch are a combined 18-9 at the top of the lineup.