Hawkeyes in 6th at Thunderbird Invitational 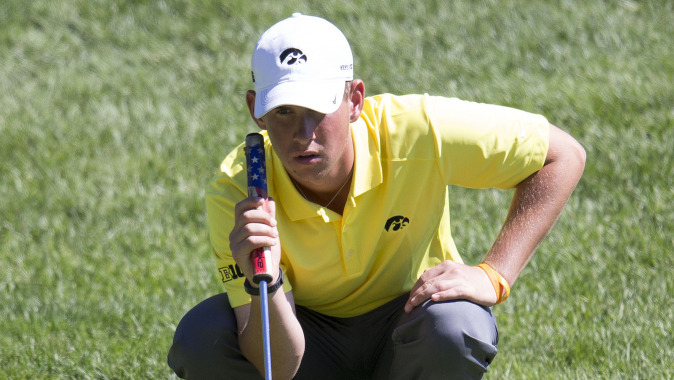 1st and 2nd Round Results

TEMPE, Ariz. — Through two rounds of competition at the 43rd annual ASU Thunderbird Invitational on Friday, the University of Iowa men’s golf team sits in sixth place, shooting 572 (+12) as a team. The two-day tournament is being held at Karsten Golf Course in Tempe, Arizona.

“The golf course was windy early on and scoring was difficult,” said UI head coach Tyler Stith. ” We missed some opportunities, but were able to yield lower scores in the afternoon.”

Two Hawkeyes are in the top-30 of the 78-player field, led by sophomore Raymond Knoll. After carding a 72 (+2) in the first round, Knoll fired a season best two-under-par 68 in the second, jumping 16 spots on the individual leaderboard and putting him in a five-way tie for 10th place individually at 140 (E).

“Raymond played great today,” said Stith. “I’m proud of the way he managed himself after a tough start.”

Sophomore Carson Schaake is currently tied for 26th place individually. Schaake, an Omaha, Nebraska, native, fired first and second round scores of 73 (+3) and 70 (E) to put him at 143 (+3).

“Everyone is in a great frame of mind and ready to go for tomorrow,” said Stith.

The Hawkeyes wrap things up in Arizona with a final round of 18 on Saturday morning. Live stats are available at golfstat.com.