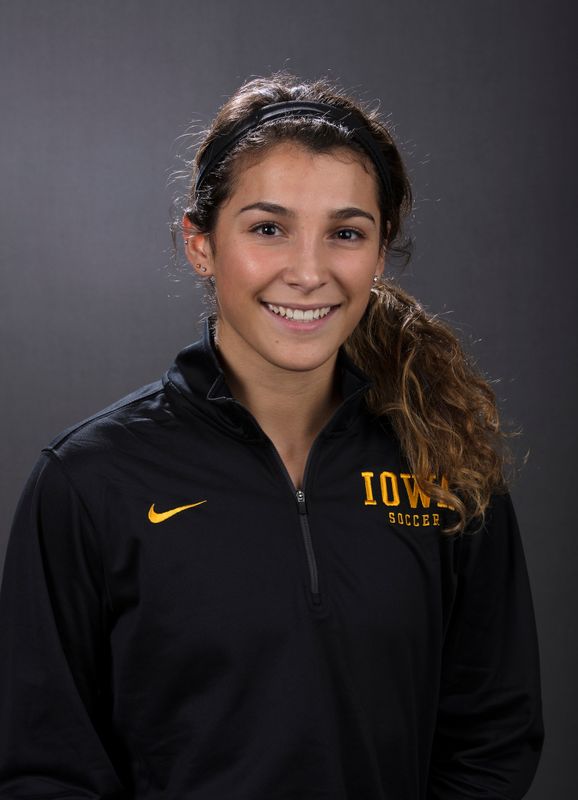 2017 Honors — Co-recipient of Iowa’s Hawk Award… Academic All-Big Ten… named to the Dean’s List for the spring semester. 2017 — Saw action in 17 games, including making seven starts… logged 465 minutes where she took seven shots with three being on goal… registered an assist in Iowa’s 8-1 victory over Southern Utah (8/31)… letterwinner.

High School — Two-time all-state and all-district honoree… three-time all-conference selection… selected to compete in the East vs. West All-Star game… scored 13 goals and had seven assists as a senior and 11 goals and four assists as a junior… all-conference honoree as a sophomore after finishing with 20 goals and six assists for 42 points… led team to a pair of CIML titles (2012, 2013)… holds school records for most games with a goal and most consecutive games with a goal… played club soccer for the Rush and Ames Soccer Club… helped the Rush to a state runner-up finish (2010) and a state title (2013)… high school coach was Bobby Meyers… club coaches were Lindsey Long and Daryl Braseau… also is a three-year letterwinner in track and field, finishing seventh in the state in the 4×100-meter relay as a junior… state qualifier as a freshman and sophomore… four-time All-Academic honoree.