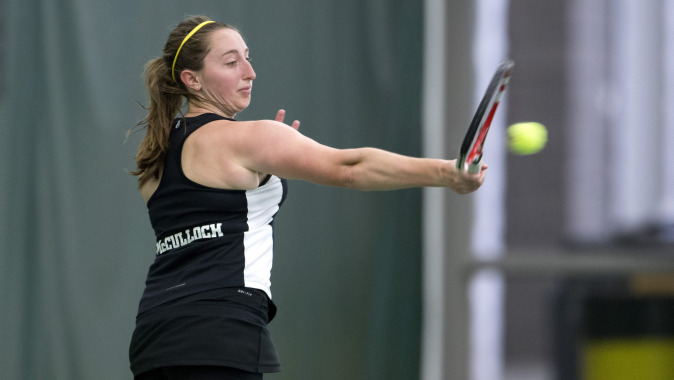 IOWA CITY, Iowa — Iowa women’s tennis senior, Morven McCulloch, was honored Thursday with the Big Ten Sportsmanship Award. This is the second time McCulloch has been recognized, first capturing the award in 2012.

The Scotland native recorded 66 singles wins in her four years as a Hawkeye, consistently competing in the top half of the singles lineup. Her doubles career boasts similar success, as she collected a 78-49 record competing at the No. 1, No. 2, and No. 3 positions.