George Raveling to be Enshrined to Naismith Hall of Fame 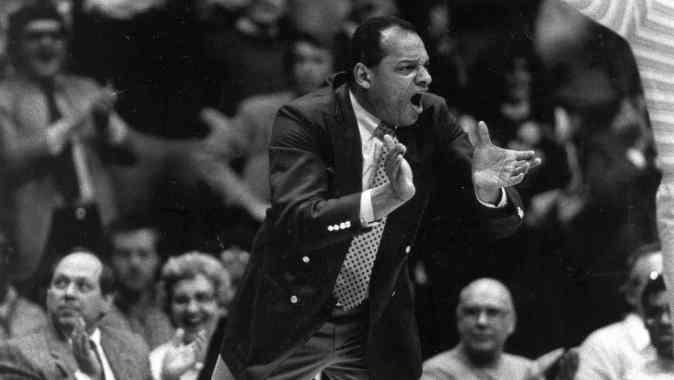 IOWA CITY, Iowa — Former University of Iowa head men’s basketball coach George Raveling will be one of 11 notable men and women of the Naismith Memorial Basketball Hall of Fame Class of 2015 to be honored at this weekend’s Enshrinement Ceremonies in Springfield, Massachusetts.

“The Class of 2015 is a group of outstanding individuals who represent many eras and facets of basketball,” said Jerry Colangelo, Chairman of the Naismith Memorial Basketball Hall of Fame Board. “Their commitment to the game is undeniable and the impact they have had on others is even greater. We are very pleased to honor this remarkable group of inductees.”

In 1984 and 1988, Raveling served as an assistant coach for the U.S. Olympic teams. Raveling was the first African-American coach in the ACC and PAC-8 (now the PAC-12). He is not only known for making history by breaking down racial barriers as a coach, but also was a part of history when in 1963 he received the original copy of the Martin Luther King Jr., “I Have a Dream” speech.

“It’s been a magical ride, and to have this bestowed upon me at 78 years old is an incredible experience. It’s humbling and it’s certainly appreciated,” said Raveling.

He was honored with the John W. Bunn Lifetime Achievement Award in 2013.