How Ronnie Lester Became a Hawkeye 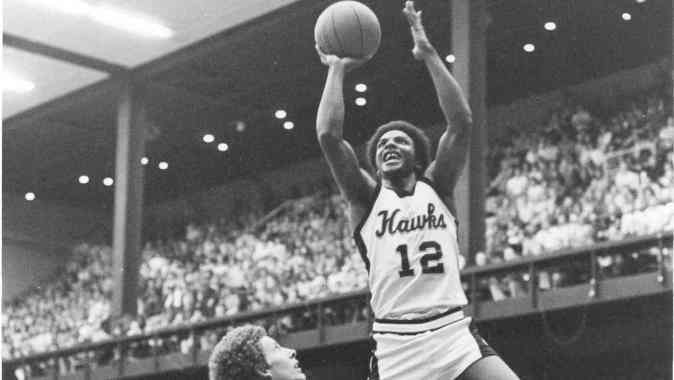 IOWA CITY, Iowa —Ronnie Lester handed out nearly 500 assists during his 99 game career with the University of Iowa men’s basketball program. It might not have happened if the Hawkeyes didn’t receive an assist from – of all things – a Sagauro Cactus.

Aside from Lute Olson and his coaching staff at Iowa, Lester was not a highly recruited guard out of Dunbar High School in Chicago. But in Lester, Olson noticed one of the quickest 6-foot-2 point guards he had ever seen. Every Friday after practice in Iowa City, Olson drove to inner city Chicago to court Lester, his mother, high school friends…befriending whoever and doing whatever it took to attract Lester to become a Hawkeye.

“He lived in an area that probably not a lot of people wanted to go into and visit with him and his mom,” Olson said Sept. 18 during a news conference in Carver-Hawkeye Arena.

On at least one visit, Lester talked a friend into watching Olson’s vehicle while Iowa’s head coach gave his recruiting pitch.

How rough was Lester’s neighborhood near Comiskey Park? Olson said that during one visit at 3:30 in the afternoon, Lester’s mother, Nadine, had already secured the front door with three deadbolt locks.

Lester said the Iowa staff recruited him “first and harder than anybody else.” Still, he took an official trip to the University of Arizona.

“It was after the visit here and he had already made up his mind that (Iowa) is where he wanted to go to school,” Olson recalls. “His mom said Ronnie called from Tucson and said ‘I don’t want to go here, they have funny looking trees.’ He was talking about the Saguaro Cactus. I’m glad he didn’t like funny-looking trees.”

“My recruiting visit felt good here,” Lester said. “I met all the players that I would be playing with and those guys were really warm and welcoming to me. I knew I had a chance to play as a freshman. I didn’t want to go somewhere where I sat and couldn’t play the first year.”

Lester finished his career with 1,675 points (16.9 points per game) and 480 assists (4.8 apg). He shot 47 percent from the field and 77 percent from the line. Lester is still seventh on the Iowa all-time scoring list.

“I had a great time here, not only as a player, but as a student, getting to know myself as a 17-year-old kid when I came here and getting to know other students from other parts of the country and other parts of the world,” Lester said. “I had a great time playing for coach Olson and with my teammates. Back then it was probably the best four years of my life and that probably still holds true.”

Fans will never forget the 1979-80 season, the last time the Hawkeyes advanced to the Final Four. Lester missed 16 games with injury, but was back for a postseason run that included wins against Virginia Commonwealth, North Carolina State, Syracuse, and Georgetown to advance to the Final Four in Philadelphia.

Lester averaged 12.8 points and 7.0 assists per game in the first four NCAA wins. That set the stage for an NCAA semifinal featuring Lester and Louisville’s Darrell Griffith.

Lester scored 10 of Iowa’s first 12 points, shooting 4-for-4 from the field and 2-for-2 from the line. But he re-injured his knee 12 minutes into the contest and the Hawkeyes lost by eight to the eventual champion Cardinals.

“I would have liked to have played and see what happened, but those things happen,” Lester said.

Olson is still asked if he thought the Hawkeyes would have won the 1980 NCAA championship with a healthy Lester.

“My feeling was yes, I feel we could have won,” Olson said. “That was a fun team to coach.”

Lester was selected with the 10th pick of the 1980 NBA Draft by Portland and immediately traded to Chicago. He played four seasons with the Bulls and two with the Lakers. Lester was a member of the 1985 NBA Championship Lakers team that defeated the Celtics in the finals, 4-2.