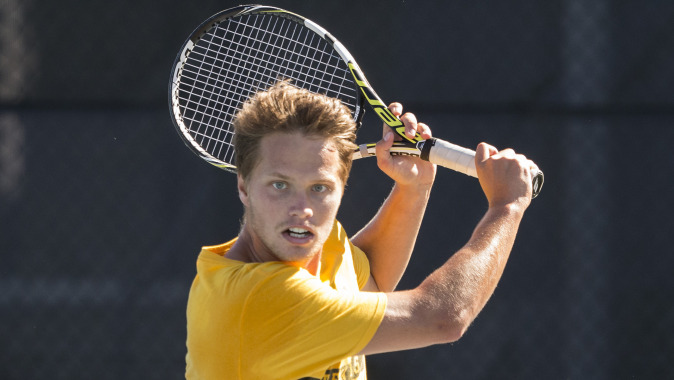 In the first round of qualifying, Haden faced Konrad Zieba of Northwestern. Zieba won the match in two sets, 6-0, 6-1. The Hawkeye junior’s final match of the day was in the consolation bracket, where he took on Lamar’s Nikita Lis and fell in straight sets, 6-3, 6-4.

“Robin had a successful five days,” said UI head coach Ross Wilson. “To get three wins and play six total matches against some tough competition in our first tournament will build confidence.”

The men’s tennis team will return to action Oct. 15-19, at the ITA Central Regionals in Fayetteville, Arkansas.