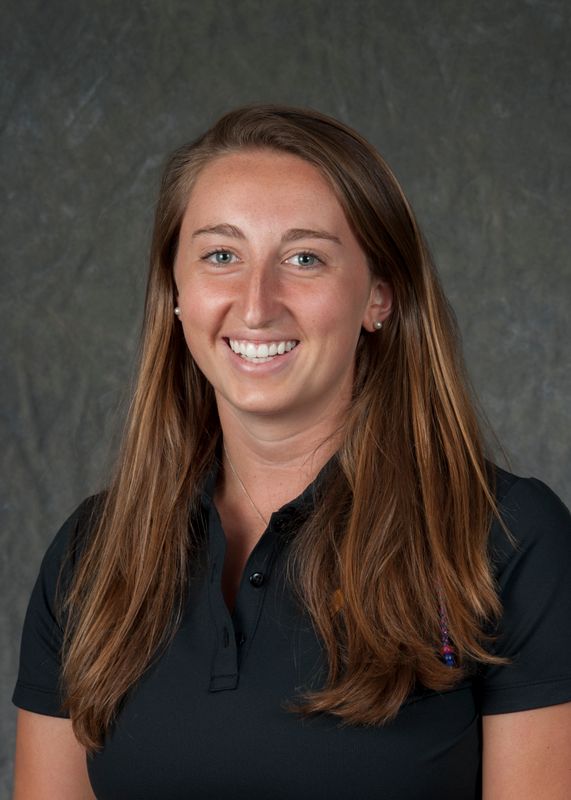 Spring 2015 — competed at the top three singles positions, posting an overall singles record of 15-18 and 10-11 in dual play… tallied an overall doubles record of 18-13, going 12-8 in dual competition… teamed up with junior Annette Dohanics to postan 8-4 record as a duo, went 5-4 against conference opponents…. Academic All-Big Ten… letterwinner.

Fall 2014 — competed in three tournaments…posted a 5-5 singles record and 7-6 doubles record…competed at the ITA Central Regional Championships teaming up with fellow senior Ellen Silver, collecting a 2-0 record during the tournament.

Spring 2014 — competed at the top three singles positions for the Hawkeyes, posting a record of 10-11 in duals… knocked off No. 52 Ana Vladutu of DePaul in straight-sets, 7-5, 6-2… registered an overall doubles mark of 17-5… teamed up with Ruth Seaborne at the No. 1 doubles position to record an overall mark of 15-5 in duals and a conference record of 7-2… the duo won 11 consecutive matches (Feb. 15 – April 12)… earned the team’s Leadership and Citizenship Award… letterwinner. Fall 2013 — competed in four tournaments… recorded a 7-4 singles record and an 8-3 record in doubles… ranked in the ITA Doubles Preseason Polls with Ruth Seaborne as the No. 28 duo in the country… paired up with Seaborne to take second in the Gold Flight Doubles bracket at the Gopher Invitational…advanced to the quarterfinals of the doubles main draw with Ruth Seaborne at the ITA Central Regionals… teamed up with Ruth Seaborne to defeat Texas’ Addison/Horn, the No. 41-ranked doubles team in the country, at the ITA All-American Championships… earned a spot in the singles main draw at the ITA Central Regionals after picking up two victories in the qualifying bracket.

Spring 2013 — paired with Ruth Seaborne to post a 18-5 doubles record and earn rankings as high as No. 34 in the ITA doubles poll… competed at the No. 2 and 3 positions to post a 11-13 overall record and 3-5 conference record in singles play… recognized as a Big Ten Sportsmanship Award honoree… letterwinner.

Fall 2012 — competed in three tournaments… posted a 6-4 singles record and 4-2 doubles record… advanced to the semi-finals of the Gold Singles flight at the Gopher Invitational… advanced as far as the round of sixteen in the Singles Main Draw at the ITA regionals… teamed up with Shelby Talcott to advance to the semifinals in the Doubles Main Draw at the ITA Regionals.

Spring 2012 — competed at the No. 2 and 3 positions… earned the team’s Most Improved Player award… finished with an 11-12 dual mark, including a 2-1 mark at the No. 2 spot and a 9-11 record at the No. 3 position… went 5-6 during Big Ten play… ended with a 15-14 overall record … played at all three doubles positions with five different partners… recorded a 9-12 doubles mark… won first four dual matches at the No. 2 spot while teamed with Ally Majercik (1-0) and Christina Harazin (3-0)… letterwinner.

Personal — Born February 16, 1994… parents are Kevin and Linda McCulloch… has one sister, Sophie.