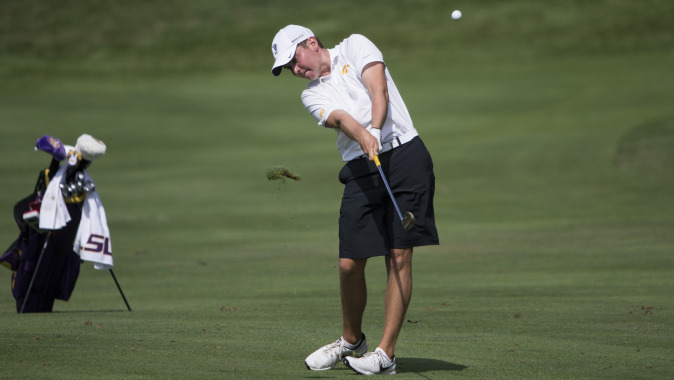 IOWA CITY, Iowa — Due to heavy rain in the Dallas area, the 2015 Royal Oaks Intercollegiate has been canceled. The event will not be rescheduled this season.

With the cancellation, Iowa’s fall season is complete after four tournaments. The Hawkeyes claimed the team title at the 2015 GolfWeek Conference Challenge (Sept. 25-27), carding a 54-hole total of 842 (-22) – the fifth-best 54-hole score in program history. The title was the first for Iowa under the guidance of second-year head coach Tyler Stith, and first since winning the Hawkeye-GRE Invitational on April 13, 2014.

Junior Raymond Knoll claimed co-medalist honors with a 54-hole total of 205 (-11; 66, 67, 72) — the lowest three-round total in program history. The title was the first of Knoll’s collegiate career. His performance earned him Big Ten Co-Golfer of the Week honors on Sept. 30.

The Hawkeyes open the spring slate at the Big Ten Match Play Championships on Feb. 12-13 in Palm Coast, Florida.