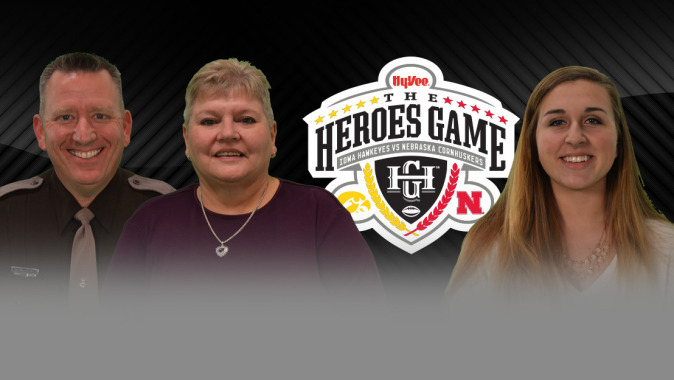 DES MOINES, Iowa — An Iowa State Trooper and a nurse will be honored Friday, Nov. 27, for putting their lives at risk to save a stranger’s life in the middle of Interstate 35 near Des Moines. Trooper Tracy Bohlen of Waukee and Nurse Jane McCurdy of Ankeny will be recognized as Iowa’s 2015 “citizen heroes” during halftime of the Hy-Vee Heroes Game on Friday when the University of Iowa takes on Nebraska at Memorial Stadium in Lincoln, Nebraska. 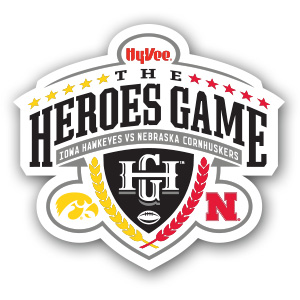 Bohlen and McCurdy will be joined on the field by Kassee Jones of Bennington, Nebraska, who will be recognized as Nebraska’s 2015 “citizen hero.”

Trooper Tracy Bohlen and Jane McCurdy: On April 26, 2015, Patrick Roark started having a seizure while driving through Iowa on Interstate 35. His 15-year-old son was able to put the car in park. Bohlen rushed to the scene and pulled Roark out of the vehicle to give him CPR in the middle of the busy interstate. McCurdy was driving by when she saw the incident and ran to assist. McCurdy not only helped at the scene, but she comforted the driver’s son when his dad was taken to the hospital. McCurdy remained with the boy until his mother arrived from Oklahoma. Roark has since recovered, thanks to the actions of Bohlen and McCurdy.

Kassee Jones: On June 15, 2015, Kassee Jones spent the first day of summer camp working as a lifeguard at Camp Legacy in Omaha. Kassee noticed a 6-year-old boy not moving in the south end of the pool. Jones, an American Red Cross trained lifeguard, quickly responded. She pulled the boy out of the water and performed five to six rescue breaths to save his life. Jones’ father, a volunteer firefighter, was the first responder to the incident. The boy was transported to Children’s Hospital & Medical Center in Omaha and was later released to go home to his family.

Trooper Bohlen, McCurdy, Jones and members of their families will be guests of the Hawkeyes and the Huskers at Friday’s game and will participate in a variety of special pregame activities. Randy Edeker, chairman, CEO and president of Hy-Vee, Inc., will present a $100,000 check to the American Red Cross prior to kickoff to help support the work of the Red Cross in Nebraska and Iowa. During halftime of the Hy-Vee Heroes Game, directors of athletics Gary Barta of the University of Iowa and Shawn Eichorst of the University of Nebraska will make a presentation to the Hy-Vee Heroes Game honorees. The honorees’ names will be inscribed on the Hy-Vee Heroes Game trophy. Earlier this year, fans of both schools were invited to nominate residents of Iowa and Nebraska who performed extraordinary acts of heroism and service in their communities for the “citizen hero” award. Staff and volunteers from the Red Cross selected the winners.

The Red Cross invites the public to be heroes in their communities and sign up to volunteer and be a part of their life-saving work. The Red Cross is looking for diverse volunteers of all ages and skill levels. People can go to redcross.org to learn more about volunteer opportunities and how to submit a volunteer application.