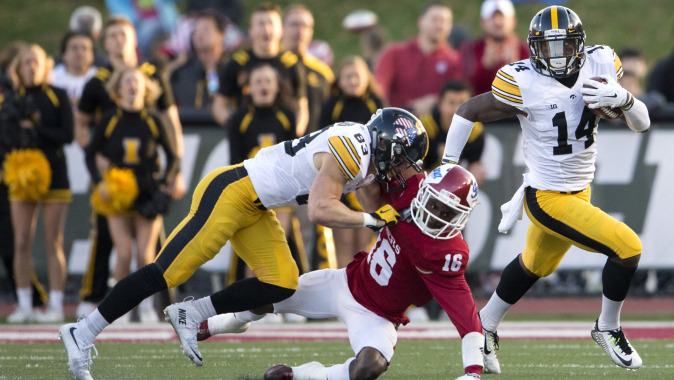 IOWA CITY, Iowa — University of Iowa defensive back Desmond King has been named to the American Football Coaches Association (AFCA) All-America first team. The announcement was made Wednesday by the AFCA.

The AFCA All-America team is the fifth and final honor squad that is used in naming consensus All-Americans, and King has been named first team by all five outlets (Walter Camp, Associated Press, FWAA, Sporting News, and AFCA). He has also earned first team All-America recognition by ESPN.com, USA Today, SI.com, and College Sports Madness.

King was honored as the receipient of the Jim Thorpe Award, which goes to the top defensive back in the nation, and earned the Jack Tatum Award from the Touchdown Club of Columbus. King was earlier named the Tatum-Woodson Big Ten Conference Defensive Back of the Year and was a first team All-Big Ten selection. King was also one of five finalists for the Walter Camp Player of the Year Award.