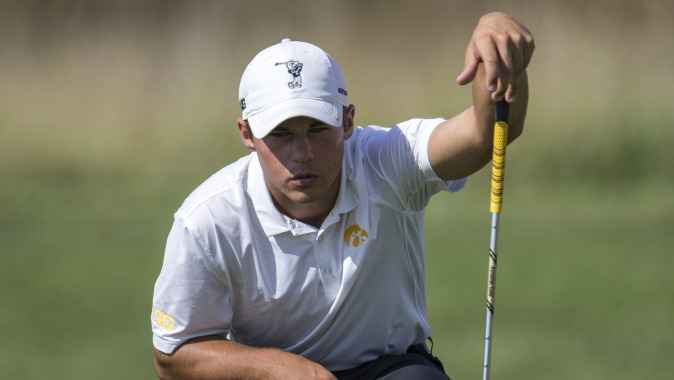 LITCHFIELD PARK, Ariz. — University of Iowa men’s golfer Carson Schaake tied for 11th at the 2015 Patriot All-America Invitational on Thursday. The junior carded a 218 (+5; 71 74, 73) at the three-day tournament played at the Wigwam Resort in Arizona.

Schaake found himself in a tie for sixth place after carding an even par 71 in Tuesday’s opening round. He sat four-under-par through nine before bogeying six of the final nine holes.

On day two, the Omaha, Nebraska, native dropped two spots on the leaderboard following a second round 74 (+3). Schaake recorded four birdies, including three on the back nine.

Co-champion of the 2015 Big Ten Tournament, Schaake concluded the three-day event by carding a two-over-par 73 in Thursday’s final round.

Schaake and the Hawkeyes open the spring season on February 12-13 at the Big Ten Match Play Championships in Palm Coast, Florida.