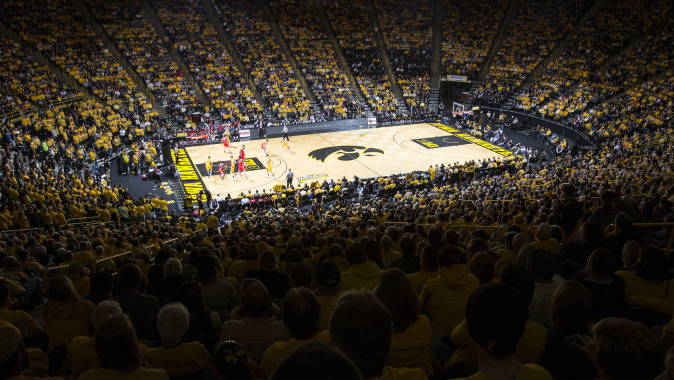 IOWA CITY, Iowa — The University of Iowa’s Carver-Hawkeye Arena has been named one of the most ecologically friendly college basketball arenas in the United States according to LawnStarter. The company lists its top 11 “greenest” arenas and Carver-Hawkeye Arena is seventh.

Water-efficient landscaping was installed without a new irrigation system installed, water use is being reduced by more than 40 percent, and over 90 percent of the original structure was incorporated into the 2011 renovation.